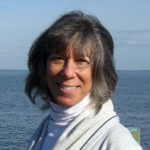 ANDREA SNYDER, co-director of American Dance Abroad since its inception in 2011, was previously president and executive director of Dance/USA from February 2000 to June 2011. In her tenure at D/USA, she created three branch offices (D/NYC in 2001, D/MetroDC in 2005, and D/Philadelphia in 2007) with seed support from major local and national funders, and grew the D/USA budget from $870,000 to $2 million over five years. She served the field through the NEA from 1987 to 1993 when The Pew Charitable Trusts tapped her to conceive, design, implement and manage a grant program for dance documentation and preservation--The National Initiative to Preserve America’s Dance (NIPAD) housed at The John F. Kennedy Center for the Performing Arts. During her 12 years in NYC from 1975 to 1987, she held a range of positions representing a wide spectrum of the field. Ms. Snyder was a booking agent for Sheldon Soffer Management, where she was instrumental in adding Ballet Rambert (London), Pilar Rioja and Bill T. Jones/Arnie Zane Dance Company to the artists’ roster. She served as executive director of Laura Dean Dancers and Musicians and managed a major tour of the company to Japan. Andrea was administrator of the New York University Tisch School of the Arts Dance Department under the leadership of Stuart Hodes and Larry Rhodes, and was associate administrator for the Cunningham Dance Foundation. 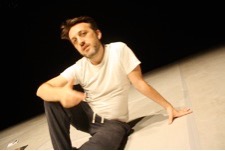 ANTONELLO TUDISCO has a university degree in the history of art (contemporary art and photography) from the Universtiy Suor Orsola Beninca and a doctorate in the history of art from University Federico II. He possesses a diploma in classical and contemporary dance - Dance Lyceum Mara Fusco. He has worked with with Simona Bucci, Antonella Bertoni, Susanne Linke, Simone Sandroni, Ivan Wolfe, Bruno Collinet, Enzo Moscato, Yoshi Oida, David Zambrano, Antonio Latella, Heidi Strauss, Julian Hamilton, Gregor Lustek, and Wim Vanderkeybus. He is a teacher of contemporary dance, dance floor work and improvisation in various dance centers in Italy and abroad. He is the artistic director and founder of Collettivo Nada and Neo Dance Network. Since 2014, Antonello has been the artistic director of the Dance Season at Theatre Bellini and TAN - teatro area nord in Naples, and director of NEO Dance Network. 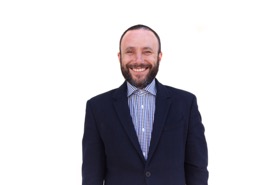 ASSEN ASSENOV is director of One Foundation for Culture and Arts and producer of three international festivals – One Design Week /design and visual culture, One Architecture Week/architecture and urban environment, and One Dance Week/contemporary dance and performance. These are among the biggest and most distinguished festival labels in the Balkans that discover, select, and present innovative artistic projects and the people behind them. Assen has been Dj?n editor of the legendary art, culture and lifestyle magazine, EDNO. For 10 years, the media has boasted dozens of publications, concerts, parties, exhibitions, actions, and the bilingual book, The Bulgarian Nouvelle Vague, various national and international competitions, together with the three international festivals. All this turns One Foundation for Culture and Arts into a significant and sustained platform that plays an important role in popularizing Bulgarian contemporary culture and in promoting international art projects, both home and abroad. 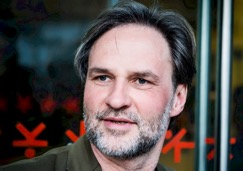 AUDRONIS IMBRASAS graduated from Vilnius A?iurlionis Art School of Choreography section and studied at A. Lunacharsky Theatre Art Institute in Moscow. He graduated from Vilnius University with a degree in journalism. He was a Lithuanian National Opera and Ballet theater artist. He worked in newspapers from 1990 – 1994 and then established the initiative Lithuanian Dance Information Centre, which organizes the annual International Contemporary Dance Festival, "New Baltic Dance." Audronis is director of the Centre. 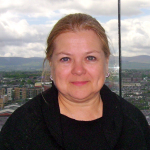 CAROLELINDA DICKEY, co-director, has worked both as a producer and an arts presenter; her work spans a continuum from a grassroots, community-based experience to international cultural exchange. She has an extensive background in arts management, especially in the field of dance, including seven years as the founding executive director of the Bill T. Jones/Arnie Zane Dance Company. Ms. Dickey has also been the company manager for the Lar Lubovitch Dance Company and Meredith Monk/The House. From 1987 to 1999, she served as executive director of the Pittsburgh Dance Council. She taught for six years in the graduate school of Carnegie Mellon University’s Heinz School for Public Policy. In addition to her consulting, currently she is an advisor to the Internationale Tanzmesse NRW, Germany, having served as co-director since 2000. Ms. Dickey is a past president of the boards of directors of the Association of Performing Arts Presenters (APAP) and PA Presenters. She is also a past board member of Dance/USA, Citizens for the Arts (Pennsylvania), and the Women and Girls Foundation of SW PA. She currently sits on the board of directors of Squonk Opera, Inc. and the advisory board to the Conservatory of Performing Arts at Point Park University. 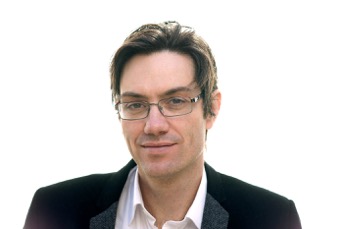 JERRY REMKES is programmer, performing arts at Arts Centre Melbourne in Melbourne, Australia. He programs across a range of genres, including drama theatre, physical theatre and circus, but has a particular interest in contemporary dance. Jerry is originally from the Netherlands and relocated from Amsterdam to Melbourne in 2012. Before coming to Australia, he had an exciting career in the arts industry in the Netherlands. He was associated for a number of years with the Theatre Institute of the Netherlands as an international project manager, with the Dutch Dance Days Festival as a co-curator, and with the Fund Performing Arts NL as one of its Dance board members. He is best known, however, for his work from 2000-2012 as an executive producer and dramaturge for the company of Dutch choreographer Anouk van Dijk – since 2012, artistic director of Australian dance company Chunky Move. They still work together representing the internationally operating Countertechnique organization, Anouk van Dijk as its founder and Jerry as its executive producer. Arts Centre Melbourne operates a total of five venues, three of which are used for theatre and dance - ranging in audience capacity from almost 400 seats to 2,100 seats. Arts Centre Melbourne is home to a number of resident companies, such as the Australian Ballet, Bangarra Dance Theatre, and Sydney Dance Company, and also is host to various dance performances as part of the Melbourne Festival. Arts Centre Melbourne presents both national and international works, generally of a larger scale, such as Sidi Larbi Cherkaoui, Nederlands Dans Theater, Pilobolus, Matthew Bourne’s New Adventures, Ira Glass / Monica Bill Barnes, and from Australia, the Australian Dance Theatre, Shaun Parker & Company, and Force Majeure. As part of the Asia TOPA triennial festival, it will present in 2017 various Australian and Asian dance companies, such as Tao Dance Theatre from China, EkosDance Company from Indonesia, Lucy Guerin Inc., and Dance North from Australia, and the National Ballet of China. 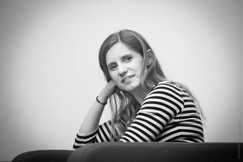 KATARZYNA BESTER– theater theorist, critic and curator. Currently finishing a Ph.D. at the Jagiellonian University, Department of Performance Studies. Particulary interested in intercultural performances, contemporary dance, and new form of theater. She is published in many significant cultural magazines (Didaskalia, Odra, Scene, Theater and Fragile). She is the author of the monograph, "The construction and deconstruction of the audience in the intercultural theater" (Krakow 2009). She lead her author's lectures dedicated to the issue of changes in contemporary Japanese theater and dance. She is a member of the Association for Asian Performance (AAP), and of The Center for Performance Research and Cultural Studies in South Asia (Cpracsis). For several years, she has worked in a field of cultural managment and programming, supporting various institutions in Poland in the organization of cultural events. From 2012, she was a project manager in Malopolska Art's Garden in Krakow. In 2013, Katarzyna created the concept and founded the International Festival of Contemporary Dance "Kroki.” She is a curator of the festival. The festival takes place at the Malopolski Arts Garden in Krakow/Poland, and next year will be its fifth edition. The contemporary dance is in the center of the festival’s interest, but equal attention is paid to other phenomena, arts, stage acts and performances, which dance is incorporated into; and with which dance meets in the space between. On one hand, the festival present a dance as a border area, where the past meets the present, the art meets new technologies, dance meets performance, subjective meets objective (“outsider”) understanding of culture. On the other hand, the festival wishes to uncover the intriguing and extraordinary areas where the clash between the worlds of arts takes place. 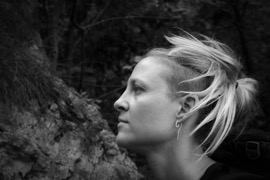 KATJA SOMRAK graduated Adult Education at the Faculty of Arts University of Ljubljana. Finished EU Degree/ Diploma in Cultural Management at Foundation Hicter, Brussels; was alumnus of the SPACE- Performing Arts Managers on the move training program, and ISPA Fellow 2013. From Katja: I am working as deputy director and a member of the Artistic Board at Dance Theatre Ljubljana. Until now, I have produced over 55 performances. I also act as organizer in several local and international festivals. In last five years, focus of my work is on ensuring artistic excellence of new projects as creative producer, programmer, tour manager and presenter of PTL internationally. I was part of the board members for Slovenian Dance platform and also a jury member at Czech Dance Platform. Last year, I am also co-curating dance performances at Light Guerilla Festival. This year, I was co-programming, organizing and producing Festival UKREP/ Taking Action: Festival for Young Perspectives. 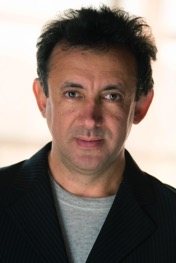 MARCELO ZAMORA was born and trained in Argentina and began his introduction to cultural management in Brazil starting in 1994. He is the president of LA RED (La Red de Promotores Culturales de Latinoamérica y el Caribe) (http://www.redlatinoamericana.com) since 2014. In addition, he is a programmer and curator of various festivals in Brazil and Latin America: the director of FIDESP – Internacional Danca Fórum to São Paulo State (https://www.facebook.com /ForumInternacionaldeDancadoEdeSP?ref=hl), and the founder and director of Virtual Companhia de Dança (www.virtual.art.br) 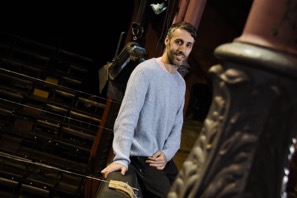 MARTIN INTHAMOUSSÚ is a performer, director and choreographer from Uruguay. He graduated in Theatre Studies from the University of Manchester, UK, and has a PG in Arts Education and Communication. He is the national director of Arts Schools at SODRE, Ministry of Culture, where he regularly programs companies and artists from all over the world to perform and teach in Uruguay. As a teacher, he teaches regular classes at University Institutes of Venezuela, Mexico, Spain, Canada, and Germany, as well as in private institutes in Latin America and Europe. He has published articles in several publications in Latin America and the Caribbean. His first book, Autopsia, reflections on the body, was published in Montevideo in 2011. 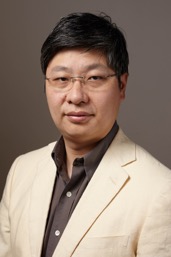 NING FU/Frank Fu, director of “Dance Stages” Shanghai Dance Festival, and a senior performance presenter, has successfully organized the first contemporary dance festival in Shanghai--DANCE STAGES in 2016, which is also the only contemporary dance festival in Shanghai and one of the four major ones in China. Starting his career in performance since November, 2003, Frank is now the director general manager of Shanghai International Arts Festival Friends Club Co., Ltd; director of Shanghai Honor Cultural Communications Co., Ltd; member of the Directing Council of Shanghai Performance Trade Association, and director of Yangtze River Delta Performing Arts Alliance. Frank focuses mainly on organizing and operating international culture communication programs, and public culture activities. He has participated in the programs including China Shanghai International Arts Festival, Shanghai Citizens Art Festival, Fête de la Musique (for four consecutive years), and the China tour of English National Ballet. He is also involved in many artistic education and public culture programs. 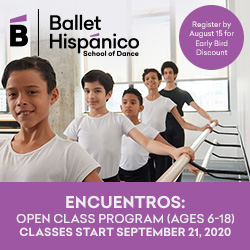