Opportunities for touring and future projects

This is a paid performance opportunity.

To RSVP: Please send an email with short bio and attach a photograph (sized for web viewing) that shows you in action (a dance photo, something from a performance or of you in class etc.) to wendyjehlen@gmail.com to reserve your place at the audition.

You will receive an email confirmation.

For more information about the company please visit

About ANIKAI Dance Company
& Artistic Director Wendy Jehlen
ANIKAI Dance has been evolving since 1998 in India, Italy, Japan and the US. Moving across, amongst, between and in the space between cultural, linguistic and geographic boundaries are the modus operandi of the company and the choreographer. ANIKAI's performances weave together music, dance and storytelling, folk and classical, modern and traditional, secular and sacred, aural and visual. With each synthesis, a language is created. ANIKAI communicates in a unique and constantly evolving language.

Wendy Jehlen is a Contemporary dancer/choreographer, whose unique approach to choreography incorporates elements from a wide range of movement styles including Butoh, Capoeira, West African dance, Contemporary dance and Classical South Indian dance, which she has studied since childhood. Jehlen also collaborates with Deaf performers and poets, and uses the aesthetics of American Sign Language in her choreography.

Jehlen's choreography has been performed in the United States, Europe, India and Japan. ANIKAI Dance has just returned from a 5-week, seven-city tour of India.

ANIKAI’s goal is to break down perceived boundaries between people, cultures and art forms.  Akhra's performances weave together music, dance and storytelling, modern and traditional, secular and sacred, aural and visual. With each synthesis, a language is created. ANIKAI communicates in a unique and constantly evolving language.

About “He Who Burns”:

He Who Burns is an exploration through dance, text and music of the figure of Iblis, Satan, as understood in some Sufi traditions. Through this lens, the dance-theater piece explores the nature of humanity's relationship with the divine, the eternal quest for unity and the illusion of duality in the human experience.

He Who Burns takes our notion of good and evil, the divine and the satanic, and turns it on its head. Staged as a trio, He Who Burns takes us on a journey from the time before time, through the suffering of Iblis in his separation from his Beloved, and his quest for the same, through to his ecstatic annihilation.

The performance at once parallels the Sufi quest, as outlined in the great Sufi text, “Conference of the Birds,” and the structure of the Bharata Natyam performance. The text, from the Persian, Arabic and Urdu of Al-Hallaj, Faiz Ahmed Faiz, Mohammed Iqbal, Al Ghazzali, Hafiz and Maulana Jelaluddin Rumi, is performed in Urdu and English.

He Who Burns was premiered in 2006 in Delhi, India, followed by performances in Chennai, India.  It was performed in Boston, NYC and at the Kennedy Center for the Performing Arts in Washington, DC in 2009.  In 2011, along with another 1-hour work, Forest, He Who Burns toured in seven cities in India. 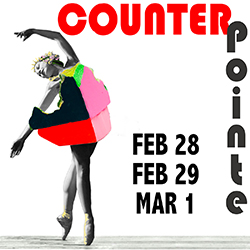