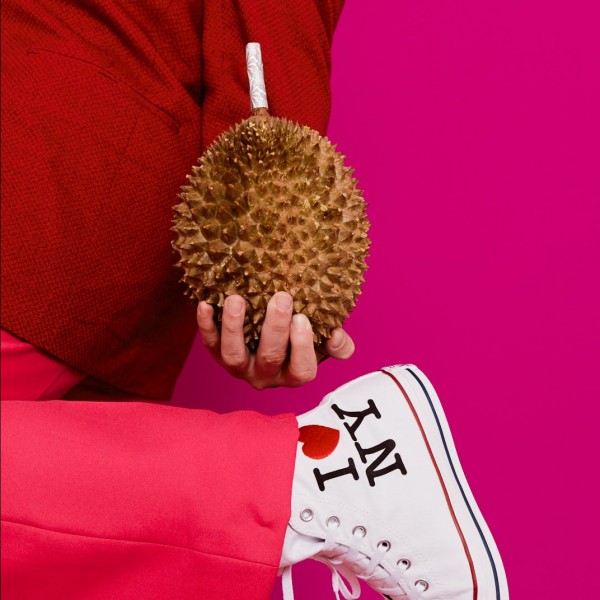 For Performa 19, Yu Cheng-Ta will explore the cultural phenomenon of “influencers” in Western social media alongside celebrity and food trends in a series of live and filmed performances that appropriate the visual and narrative language of social media influencers. Developed through the character of Fameme, an Asian farmer drawn to New York City to promote durian—a thorny, odorous, tropical fruit indigenous to Southeast Asia—the project depicts an outsider’s quest for fame and acceptance in American culture. Fameme’s ambition draws him to the world of social media influencers and influencer events as he attempts to utilize the latest marketing trend and media obsession for his own capitalist needs. We are seeking performers for Fameme’s music video and performance dancers. Moe information about the project: museumofdurian.com

Performers of all ages, backgrounds, experiences and gender expressions are encouraged to submit.

We are seeking performers with diverse skills and natural charisma. No specific dance style or background is required, but an ability to pick up choreography quickly and to convey a character through dance are essential.

To be considered please submit a solo video or videos of you dancing or moving in addition to a headshot, resume, and full-length photos of yourself. Please submit all materials to chengta227@gmail.com by November 14th and include your cell phone number in the email.

Must be available for all rehearsal and performance days.

Yu Cheng-Ta (b. 1983, Tainan, Taiwan) currently lives and works in Taipei. He often involves verbal communication with the subjects and viewers in a playful manner to create the concept of “life theater.” Yu earned both an undergraduate and a master’s degree in fine arts from the Taipei National University of the Arts. He was a recipient of the Beacon Prize at Art Fair Tokyo (2012) and Taipei Arts Award (2008). Yu participated in the Shanghai Biennale (2014), CAFAM Biennale (2014), Queens International (2013), International Biennial of Media Art (2012), Venice Biennale, Taiwan Pavilion (2009), Biennale Cuvée 08 (2009), and Taipei Biennial (2008). In 2018, he presented his film project Tell Me What You Want (2015- 2017)” at Centre Pompidou and Kunsthal Charlottenborg.