Stephen Petronio Company’s 35th Anniversary Gala is approaching and we need volunteers to help on Thursday, April 11 from 6pm-12pm.

This year’s performance will be at NYU Skirball followed by an exciting celebration at (Le) Poisson Rouge, a hip music venue near Washington Square Park. The night is in honor of Mx Justin Vivian Bond  (trans-genre icon and provocateur) and power couple Harold Koda & Alan Kornberg (longtime supporters of the arts in NYC).

Night-of responsibilities could include but are not limited to: ushering guests from NYU Skirball to (Le) Poisson Rouge, checking in guests at the door, passing out and collecting donation forms during our live auction, distributing gift bags, etc.

For your time, you will receive a copy of Stephen Petronio’s memoir and will be invited to watch a Stephen Petronio Company rehearsal this Spring! (Date to be announced)

Please email Cassandra@Stephenpetronio.com if you have any questions and are interested in volunteering with us! Once interest is expressed, I will send further details about the night. 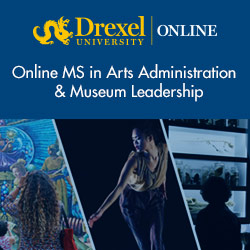