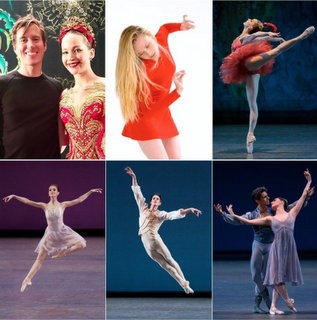 SAB’s Ballet Connoisseurship is an educational offering for adults providing seasoned ballet goers, patrons, students, scholars, and newcomers alike with knowledge and perspectives that will enhance their appreciation of ballet. Ballet Connoisseurship was launched in January 2019 as part of our new “SAB Open” division and featured seminars exploring ballet history, technique, and choreographic masters.

SAB is pleased to offer a new online season of Ballet Connoisseurship courses this winter. Classes will be held each Wednesday evening from February 24 through March 31.  All classes are $25 each and run from 7:00-8:30pm.

BALLET AND THE VISUAL ARTS

Kurt Froman, former New York City Ballet dancer and ballet coach for movie, television, and Broadway, will explore the representation of ballet in major motion pictures. He will speak about common themes in ballet’s representation on the big screen, from The Red Shoes to The Goldwyn Follies, Howling III to Black Swan and Red Sparrow. Froman will also speak about coaching Natalie Portman for the 2010 film Black Swan and Jennifer Lawrence for the 2018 film Red Sparrow, staging the movement for their dance doubles, and more.

Perhaps today more than ever, dance is being produced for film. What is or could be different about making dance for the stage versus making dance for film? This event will explore these concepts with Emily Kikta and Peter Walker, New York City Ballet dancers and choreographers who have focused their choreographic careers and research around dance for film, and Ezra Hurwitz, film director and choreographer who recently produced the work for the NYCB Fall 2020 Digital Season.

When Design and Dance Fly Together: The Artistic Collaborations and Inspirations of Diaghilev's Ballets Russes and the Ballet Firebird

Diaghilev, Fokine, Balanchine, Matisse, Golovin, Chagall, Bakst, Karinska…there are so many legendary artists whose work has been deeply influenced by Diaghilev’s productions for The Ballets Russes. In this presentation, Olivier Bernier, art historian and lecturer, will explore how ballet informs art and design in both the era of Diaghilev’s Ballets Russes and today. Maria Kowroski, New York City Ballet principal dancer who has danced the title role in Firebird for many seasons, will talk about the the look and choreography of Balanchine’s production of this ballet which was originally produced by Diaghilev with choreography by Fokine.

In 1925, Balanchine choreographed dances for a production of Gounod’s Faust given by the Opéra de Monte-Carlo; they were danced by Diaghilev’s Ballets Russes. Walpurgisnacht Ballet was choreographed for a 1975 production of Faust by the Théâtre National de l’Opéra, danced by the Paris Opéra Ballet. The 1980 New York City Ballet premiere was the first presentation of the choreography as an independent work. James Steichen, music scholar and author of Balanchine and Kirstein’s American Enterprise, and former New York City Ballet star Kyra Nichols will speak about this ballet, the opera production for which it was originally created, and Gounod’s score. Walpurgisnacht Ballet is part of New York City Ballet’s Winter 2022 Season.

A chaconne is a dance, built on a short phrase in the bass, that was often used by composers of the 17th and 18th centuries to end an opera in a festive mood. While having roots in earlier opera productions, Chaconne is pure dance. The opening pas de deux and following ensemble are lyrical and flowing. The second part has the spirit of a court entertainment, with formal divertissements, bravura roles for the principal dancers, and, of course, a concluding chaconne. New York City Ballet principal dancer Russell Janzen and dancer writer and former New York City Ballet dancer Faye Arthurs will speak about the ballet’s history, choreography, and their experiences performing it. Chaconne is part of New York City Ballet’s Fall 2021 Season. 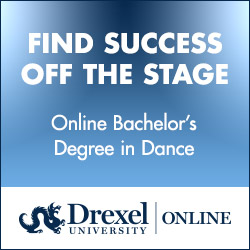