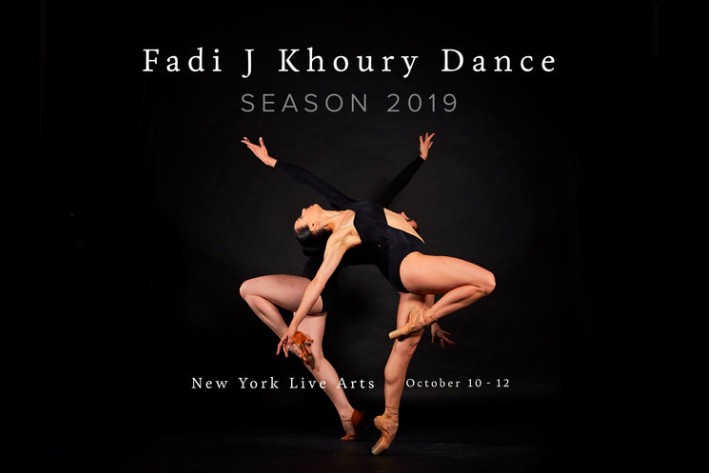 FADI J. KHOURY’S BOLERO AND CARMEN TO HAVE NYC PREMIERE

The FJK DANCE 2019 FUSION OF CULTURE AND DANCE program will feature the New York premiere of Bolero and Carmen, two choreographic works created by Artistic Director Fadi J. Khoury following a special collaboration with Nakanishi Ballet Company of Kyoto, Japan. The commissioned works, created on Nakanishi’s company of 41 dancers, premiered at the Biwako Hall Theater in Kyoto, Japan, on April 14, 2019.

Since the Kyoto performances in 2018, Bolero has evolved from a visual as well as dance perspective. Mr. Khoury’s five-year experimentation with costume design in relation to choreography and character work has inspired new set design, using fabric to enhance character description. The rhythm and flow of large fabrics will echo the extensions of the dancers movement and their dramatic presence.

“FJK Dance continues is commitment to building a cross-cultural dialogue as we engage with diverse audiences around the globe and here in the U.S. Our work draws from the opportunities and collaborations developed through our international and national touring,” said Mr. Khoury. “In countries such as China, Japan, and Lebanon, we have laid the foundations for understanding and appreciation between cultures and people previously unfamiliar with each other.”

FJK Dance “strips away unnecessary glitter from these forms to emphasize the beauty of movement itself.” – The New York Times

Fadi J. Khoury was born in Baghdad, Iraq, surrounded by the folkloric music and dance of Arab culture. His father was Artistic Director of the National Iraqi Ballet, and through him, Fadi was exposed to diverse approaches to dance in the Assyrian, Syriac, and Bedouin dances of the Middle East.

At the age of thirteen he moved to Beirut, Lebanon, where he trained in classical ballet and folkloric dance, and also in modern, jazz, and ballroom dance. By 17 he was dancing professionally with Rahbani Musical Theater while studying at the Lebanese Fine Arts University. In 2005, Fadi joined the Caracalla Dance Theatre, touring the Middle East and North Africa. He moved to the USA in 2009, and performed with Caracalla at the Kennedy Center in Washington, DC. Awarded a scholarship to the Alvin Ailey American Dance Theater in NYC, he collaborated with distinguished choreographers such as Gary Pierce, Earl Mosley and Elisa Monte.

Fadi’s versatility and passion for dance allowed him to establish a career as lead instructor and choreographer at the Arthur Murray Dance Center in NYC. He placed first in Top Teacher awards from Arthur Murray International from 2009 to 2013.

In 2014, inspired by a successful collaboration with Sevin Ceviker, he created his own company to continue to refine his distinct personal style.

Sevin Ceviker was born in Istanbul, Turkey. She was born dancing. She trained in classical ballet starting at an early age, and while still in conservatory she performed professionally at the Istanbul Opera House. During this period, she appeared in Giselle, Nutcracker, La Bayadere, Sleeping Beauty, La Corsaire, to name a few. She was intrigued by other dance forms as well; at a dance workshop at the Royal Opera House, Istanbul, she received a young star award in Jazz.

After training with Tac and Christoph Paluch, she began her international career, and received a summer scholarship to the Hannover Staats Ballet Dance School in Germany.

Sevin’s emergence onto the New York dance scene began in 1997, when she received the opportunity to study at the Alvin Ailey School, and where she performed with Sharon Wong. At Marymount Manhattan College, from which she ultimately graduated, she explored an array of dance forms, beginning the eclectic, multi-cultural approach to dance that has since characterized her work. At Marymount, she was awarded the Excellence in performance Title under the direction of Katie Langan, and was honored to have worked with David Parsons, Christopher D’Amboise, Geoffrey Holder, Jim May, and Dunlin Foreman.

After graduation, Sevin performed with several companies specializing in forms as diverse as Modern and Classical Chinese. These included, among many others, Jamie Bishton Dance, Tysan Dance Theater, Chinese Opera, Lybirant Dance, Oh Dear Dance, and Edgar Cortes Dance. In 2006, she joined the Martha Graham Dance Company, where she spent the next six years performing solo and chorus roles around the world. In Antonio Calenda’s Looking for Picasso, she played the lead.

Sevin began working with NY2 Dance in 2011, where she toured nationally and internationally. During this period, she was also the lead dancer in a Turkish musical, produced on Broadway, Hisseli Harikalar Kumpanyasi. She choreographed another Turkish production on Broadway, Ayse Eldek’s To Love...

Currently, in addition to dancing with FJK Dance, Sevin is resident choreographer for Turkish American Repertory Theater and Entertainment (TARTE). She performs community outreach, and is committed to bringing cultures together through dance. 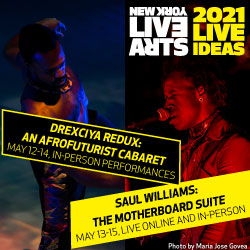