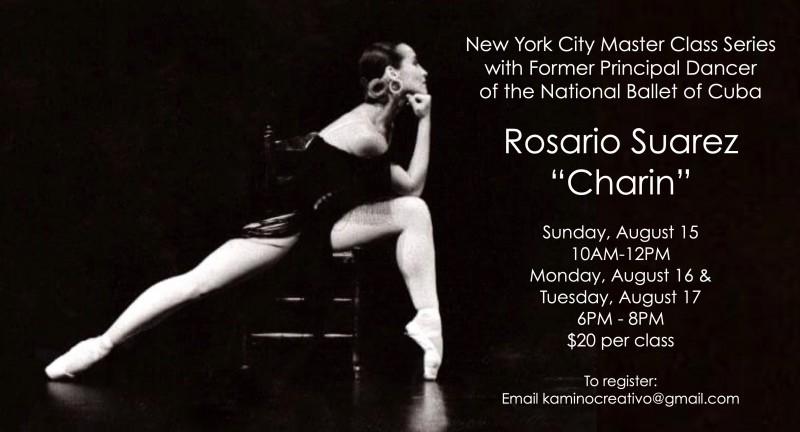 Join us for in NYC for an In-Person Master Class Series with Former Principal Dancer of The National Ballet of Cuba, Rosario Suarez (Charin)!!

Classes will take place on:

Cost per class is $20     (Drop-ins welcome. In other words, you do not have to participate in all three days of class)

To register, send an email with your information and the dates you are planning on taking class to [email protected]     (Pre-registration highly encouraged)

Regarded in Cuba as the greatest and most popular ballerina of her generation, Rosario Suarez was universally known for the profound artistry, versatility, and innovation with which she performed ballet and contemporary repertoire. Among her many achievements, Rosario won the gold medal at the International Ballet Competition in Varna, Bulgaria. Over a remarkable twenty- seven year career with the National Ballet of Cuba, she performed principal roles in over 50 countries, to worldwide critical acclaim. In 1991, the Cuban Ministry of Culture awarded her with La Orden Por La Cultura Nacional, recognizing and honoring her artistic achievements.

“We are in the presence of an especially rare talent; she can only be compared to herself. When she dances a role, it is as though the role did not exist until that moment. She adds intensity, psychological insight and a majestic stage presence.”
“New York Times”, New York, NY 1978, by B. Fitzgerald

“...It was a “Swan Lake” that will never be forgotten. In her White Swan, Rosario Suarez filled the air with poetry and daintiness... Her Black Swan was a tremendous display of strength, beauty and technical wonders. The public did not applaud, they roared. The stage was covered with flowers.”
“ABC”, Madrid, Spain 1990, by Santiago Castelo

“Rosario Suarez is not just a figure acclaimed by the Cuban public and permanently recognized by the critics in her country, but a ballerina / actress that the international world salutes as the greatest exponent of dance in our times.”
“La NacioI?n”, Buenos Aires, Argentina 1988, by Angel Fumagalli 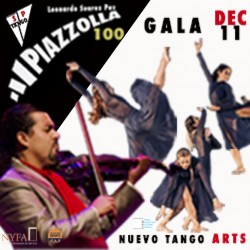