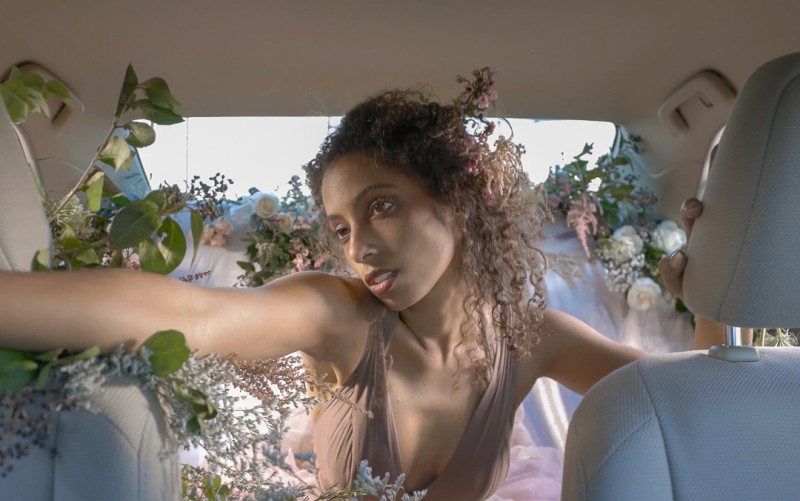 Is she a genius, is she a fraud, or is she...both? The mysterious Celine (née De La Croix)* is an up-and-coming avant-garde dance artist based in Brooklyn whose debut art film feature Magnum Opus: Resurgere Ex Cineribus is her first dance film work. The Latin title translates to “I Will Rise From the Ashes” and it chronicles the striving creative’s re-emergence onto the art world after a bitter experience of a failed artistic venture.Until now, the artist has been known only to a handful of die-hard followers of her cryptic Tumblr blog and her Instagram account. Little is known of her origin; the fragmented storylines of her own writings reveal that not too long ago, the artist was hired and fired by Jü, a liquor brand looking for an "authentic face" for their new campaign. The experience led her to create the art film which, in her own words, is “an ode to recovery from failed collaborations and dashed artistic dreams.” In the passionate statement, the artist proclaims that by staging this event, she intends to “battle Capitalism and Industry to spread Peace and Hope to you, the masses.” Can she be serious?

For those who look closely, there is a clear hint of Celine’s association with The People Movers, a Brooklyn-based collective of critically-minded movement artists led by Artistic Director Kate Ladenheim – an award-winning choreographer and arts producer – who teams up for this project, titled OH, CELINE!, with Cecilia Lynn-Jacobs, a performer with almost a decade of experience in experimental theatre, costuming, and scenic design. Is Celine real, or is she just a sophisticated prank devised by the multidisciplinary duo? Is she just a ridiculous, self-important hipster – or a surprisingly deep and creative person whose lot directs our attention to the position of artists, especially female artists, in a society that increasingly treats them as a disposable commodity? The plot thickens as Ladenheim and Lynn-Jacobs gear up for more events featuring Celine coming later this year.

*Oh, Celine is created by Kate Ladenheim and Cecilia Lynn-Jacobs and produced by the People Movers