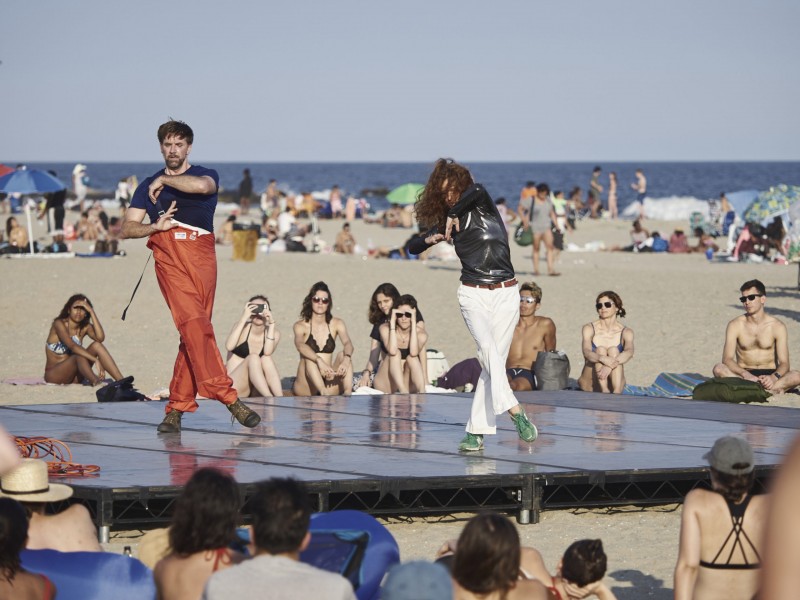 Technique/Exercises in Composition is designed to access multiple threads at once such as: greater range of motion and articulation; isolated and momentum-driven movement forms; set and improvised material; sense of scale, space, rhythm, alignment, balance, ascent, and descent; and dancing that supports traversing through space and shifting off center in a mode that reflects a play between athleticism, performance, and a particular disposition.

Jon Kinzel has presented his work, including numerous commissions and solo shows, at a variety of national and international venues: receiving critical praise for Responsible Ballet and What We Need Is a Bench to Put Books On (2010) at The Kitchen, Someone Once Called Me A Sound Man (2013) – Best of 2013 in Artforum – at The Chocolate Factory, COWHAND CON MAN (2015) at Gibney/Agnes Varis Performing Arts Center, Provision Provision (2015) at LaMaMa, Atlantic Terminus (2016) at The Invisible Dog, and At Night (2017) at Beach Sessions Dance Series. He has received fellowships, residencies, and ongoing support from several foundations, worked with many companies and independent choreographers as a performer and collaborator, and contributed to SCHIZM, MR Performance Journal, and PAJ: A Journal of Performance and Art. As an educator he has taught at The New School, Barnard, Yale, NYU, GWU, LIU, Amherst, Vassar, Emerson, Tsekh Moscow, Dance House in Ireland, Lincoln Center Education, and the Merce Cunningham Trust.

**All classes are subject to change. For the most up-to-date information, please consult the Movement Research calendar: https://movementresearch.org/calendar.