The Edge of 30 Degrees 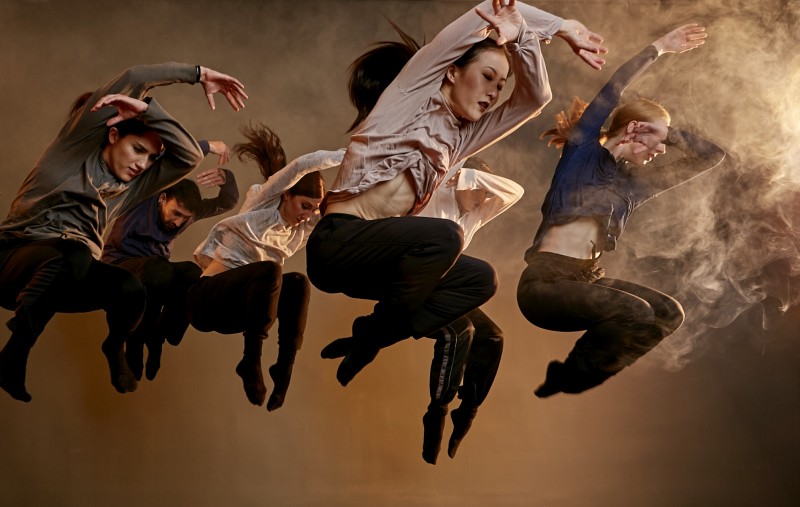 YYDC presents the North American Premiere of The Edge of 30 Degrees at BAM Fisher (Fishman Space), 321 Ashland Place, Brooklyn, NY for THREE NIGHTS ONLY from Thursday, May 30 to Saturday, June 1, 2019 at 7:30 p.m. Tickets start at $22 with VIP tickets available opening night only.

The Edge of 30 Degrees is Yin Yue’s latest original creation for her namesake company YYDC. The performance includes three world premieres: “Stones and Kisses,” “The Time Followed” and the highly anticipated ensemble piece, “Citizen.” This exciting evening of new dance works is centered around the concept of time and our interactions with time itself. To create these innovative projects, Yin has assembled an impressive team of collaborators, featuring the dancers of YYDC, costume designer Barbara Erin Delo, lighting designer Christopher Chambers, and composers Juliane Jones and Doug Beiden who have created original musical scores exclusively for Yin’s new work.

In addition to the performances, YYDC will host two workshops on May 31 and June 1 at 11:00 a.m. for dancers looking to expand their craft with training in Yin’s “FoCo Technique,” including excerpts from The Edge of 30

Degrees. Attendees of the workshop will have the unique opportunity to experience dancing “in-the-round” with the creator of the technique Yin Yue and the members of the company.

WHAT THE CRITICS HAVE SAID ABOUT YYDC:

“Slithers and slides in quick, surprising, and consistently interesting ways. It’s clearly the work of a rising star: she was born in Shanghai, studied Chinese classical, Chinese ethnic, and eventually modern contemporary dance there, then moved to New York, where she leads her own highly regarded contemporary company.” - Oregon Artswatch, 2014

"Dancers roiled with fluid phrases, pushing and pulling, supporting, carrying, curling under and over, coiled limbs and supple spines threatening to turn bodies inside out. Sharp gestures implied a barely contained fury. It was captivating to watch." - Boston Globe, 2018

“With the relaxation of tai-chi, but also the acrobatics, speed and graceful lines of Chinese dance, Yin Yue is a promising new voice in the long tradition of modern dance.” -De Volkskrant for Schrittmacher Festival 2019

YYDC, a New York City based not for profit contemporary dance company, is composed of freelance dancers and artists who collaborate with Yin in the creation and performance of her original choreographic works that are rooted in her signature FOCO Technique, an intricate, movement-based choreography that fuses elements of traditional folk and contemporary dance. The company aims to discover powerful imagery by pushing bold athleticism within sensual, fluid movement and taking risks by demanding an authentic presence from each individual voice. Boasting touring credits in China and Germany, YYDC has performed at numerous world renowned dance festivals, including: SummerStage, Jacob’s Pillow Inside Out Dance Festival, New York International Fringe Festival, The Wave Rising Series, DUMBO DANCE Festival, The Current Sessions, Dancenow [NYC], the Open Door Dance Festival in Iowa City, and, for the third time, the company has been invited to perform in Aachen, Germany at Schrittmacher Festival 2019. YYDC has performed at Hanover International Choreographic Competition and venues such as Joyce SoHo Theater, Joe’s Pub, Peridance Theater, Lincoln Center’s Rose Hall, and many others.

In addition to teaching workshops and performing around the world, YYDC Dance Company also re- stages repertories at universities, including Rutgers, Johns Hopkins and Point Park University and creates new works for professional dance companies, such as its upcoming commission for Pennsylvania Ballet.

BAM (Brooklyn Academy of Music) is a multi-arts center located in Brooklyn, New York. For more than 150 years, BAM has been the home for adventurous artists, audiences, and ideas—engaging both global and local communities. With world-renowned programming in theater, dance, music, opera, film, and much more, BAM showcases the work of emerging artists and innovative modern masters. For more information visit www.bam.org.

This event is presented by YYDC, INC. BAM house and ticketing policies may not apply. BAM membership benefits do not apply.