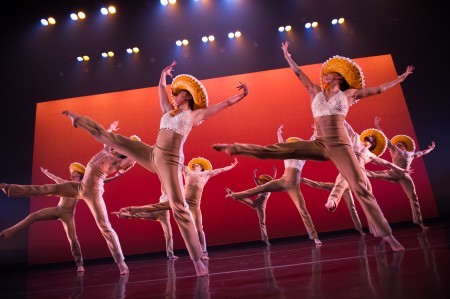 Ballet Hispánico, the nation's renowned Latinx dance organization recognized this year as one of America's Cultural Treasures, joins forces with the Miami-Dade Arts Education Collective in an effort to bring arts experiences to thousands of Miami-Dade students during these challenging times. The Collective, whose membership includes the Adrienne Arsht Center for the Performing Arts of Miami-Dade County, Miami Theater Center, and the Miami-Dade County Department of Cultural Affairs' Culture Shock Miami program, and South Miami-Dade Cultural Arts Center (SMDCAC), is committed to providing diverse and high-quality arts programming to students across all grade levels throughout the 2020-2021 school year. As of January 20, the Miami-Dade Arts Education Collective has reached nearly 50,000 students through virtual performances.

Ballet Hispánico will take students from all grades on a virtual guided journey through Latin-American dance and music, April 12 through April 23, 2021. This interactive, fun-filled exploration features excerpts of the Ballet Hispánico repertory pieces Línea Recta, Con Brazos Abiertos, Tiburones, and Club Havana which will be narrated by Artistic leadership. Latin music and cultural connections, choreography insights, and dance history come together to deepen the students' experience of dance. Viewers will be exposed to world-class choreographers and the cultures of Spain, Cuba, Puerto Rico, and the Americas, Students from Conchita Espinosa Academy, Thomas Armour Youth Ballet School, and Dr. Henry E. Perrine Academy of the Arts have been invited to send questions and participate on a dance routine that will be the highlight of the virtual performance.

Club Havana (2000)
Latin dancing at its best. The intoxicating rhythms of the conga, rumba, mambo, and cha cha are brought to life by choreographer Pedro Ruiz, himself a native of Cuba, as he imagined his very own "Club Havana."

Michelle Manzanales explores with humility, nostalgia and humor the iconic Mexican symbols that she was reluctant to embrace as a Mexican-American child growing up in Texas. Intertwining folkloric details with a distinctly contemporary voice in dance, set to music that ranges from Julio Iglesias to rock en Español, Con Brazos Abiertos is a fun and frank look at a life caught between two cultures.

From one of today's most sought-after choreographers comes a powerful and resonant work that explores an intriguing aspect of flamenco dance: the conspicuous absence of physical partnering. While maintaining the integrity and hallmark passion of the genre, choreographer Annabelle Lopez Ochoa imagines an original and explosive movement language premised upon the theme of partnership and performed to flamenco guitar by Eric Vaarzon Morel.

Tiburones (2019)
In Tiburones, Annabelle Lopez Ochoa addresses the discrimination and stereotypes placed upon Latinx culture and the power the media has in portraying these themes by diminishing the voices of Latinx artists. Ochoa will deconstruct gender roles and identity to revitalize an authentic perspective of Puerto Rican icons appropriated within the entertainment industry.

Due to the Covid-19 pandemic, students are unable to go on typical field trips to participate in live arts performances. While virtual performances cannot replace the magic of live theater, the Collective seeks to engage students by making arts performances available and accessible via online/virtual offerings instead of the traditional, in-person field trip. The Collective provides the virtual content to teachers and students at no charge through a collaboration with the Miami-Dade County Public Schools' (MDCPS) Cultural Passport Program as well as private, charter and homeschools, keeping students engaged with the arts. The season includes eight virtual performances. The first performance, "A Kids Play About Racism," created with elementary students in mind, started on October 19 and will extend through May. So far, 53 teachers have participated, reaching nearly 3,000 students. "Turning 15 on the Road to Freedom" ran from October 26 through November 13 and had 28 participating teachers, reaching about 2,890 students. Encompassing the fourth largest school system in the nation and the largest county in the state, the Collective has the potential to reach well over 400 schools and upwards of 400,000 students.

About the Adrienne Arsht Center for the Performing Arts of Miami-Dade County
Set in the heart of downtown Miami, the Adrienne Arsht Center for the Performing Arts of Miami-Dade County is committed to welcoming and connecting ALL people to the arts, to the Arsht Center and to each other. Since opening in 2006, the Arsht Center, a 501C3 non-profit organization, has been a catalyst for billions of dollars in new development in the downtown area, a leader in programming that mirrors South Florida's diversity, a host venue for historic events and Miami's hub for arts education. Each year, we serve more than 50,000 young learners and offer more than 100 culturally diverse and inclusive education programs. Our 300+ annual events include our Knight Masterworks Classical Music series featuring magnificent orchestras and soloists from around the world; the very best musicals direct from New York for Broadway in Miami; Jazz Roots, the largest jazz series in South Florida; our award-winning, Miami-made Theater Up Close program; Flamenco Festival Miami; brilliant work from our many Arts Partners and local artists, and much more. The Arsht Center is a home stage for three resident companies - Florida Grand Opera, Miami City Ballet and New World Symphony - and a launch pad for local artists to make their mark on the international stage. In addition, our Family Fest, Free Gospel Sundays, CommuniTea LGBTQ+ celebration and Heritage Fest are among dozens of free activities that bring together people from all corners of our community. For more information, visit arshtcenter.org.

About the Miami Theater Center

Miami Theater Center (MTC) is a not-for-profit cultural organization located on NE 2nd Avenue in the heart of Miami Shores' downtown district. While MTC is nationally recognized for groundbreaking adaptations of children's literature and original plays, its profound commitment to community is the focus of their new mission of creating transformative live experiences and educational opportunities for people of all ages, abilities, cultural and socioeconomic backgrounds, and to provide affordable rehearsal, performance and screening facilities for artist and arts organizations.

About Culture Shock Miami
Culture Shock Miami, the young audience development program of the Miami-Dade County Department of Cultural Affairs, is designed to introduce the next generation of audience members to live arts and cultural experiences at the age when they are beginning to make their own entertainment decisions. Based on research that shows most people begin their appreciation for the arts at a young age, Culture Shock Miami is founded on the premise that when teens and young adults make the arts a regular entertainment choice, they are more likely to become full-price ticket buyers and subscribers in the future. Through its website, CultureShockMiami.com, the program offers teens and young adults (ages 13-22), $5 tickets to top music, theatre, and dance performances, as well as admission to museums, landmarks, and cultural destinations in and around Miami-Dade County. With the purchase of one $5 ticket for a 13-22 year old, a second $5 ticket can be purchased for someone of any age to accompany them. Culture Shock Miami Presents was recognized with a 2018 Achievement Award from the National Association of Counties (NACo). For more information about this exciting program, call 305-375-1949 or contact Christina Tassy-Beauvoir at Christina.Tassy [email protected]  or Mary-Margaret Dale at [email protected]

The South Miami-Dade Cultural Arts Center provides a world-class, multi-disciplinary cultural venue and community gathering place in the southern part of Miami-Dade County. The Center plays a key role in the economic and cultural development of the area and opened on October 1, 2011. In addition to providing a diverse range of quality entertainment to people from all backgrounds and ages, the Center's mission includes an emphasis on educational and outreach activities in partnership with community groups. The Center's multiple rehearsal and performing spaces also offers accessible state-of-the-art facilities to the Miami-Dade artistic community, presenters and audiences throughout South Florida. The Center is managed by the Miami-Dade County Department of Cultural Affairs, with funding support from the office of the Miami-Dade County Mayor and Board of County Commissioners.

Ballet Hispánico is the nation's renowned Latino dance organization and one of America's Cultural Treasures. Ballet Hispánico brings communities together to celebrate and explore Latino cultures through innovative dance performances, transformative dance training, and enduring community engagement experiences. Founded in 1970 by National Medal of Arts recipient, Tina Ramírez, the organization emerged during the post-civil rights movement on New York's Upper West Side, providing a safe haven for primarily Black and Brown Latinx youth seeking artistic sanctuary during New York City's plight in the 1970s. The need for place, both culturally and artistically, led families to find Ballet Hispánico. The focus on dance as a means to develop working artists, combined with the training, authenticity of voice, and power of representation, fueled the organization's roots and trajectory. With its strong emphasis on dance, achievement, and public presence, the organization has flourished in its three main programs: its Company, School of Dance, and Community Arts Partnerships. The organization serves as a platform for historically omitted and overlooked artists providing them with increased capacity, voice, and affirmation. Over the past five decades, by leading with Latinx culture at the forefront of performance, education, and advocacy, Ballet Hispánico's mission is a catalyst of change and possibility for communities throughout our nation. 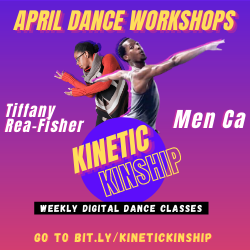