The Mini-Global Mashups continue through December 2022! Curated by acclaimed trumpeter and composer Frank London (The Klezmatics), the Mini-Global Mashup series is bringing together two amazing global music artists along with accompanists for an afternoon of music, conversation and exploration. Post-show Q&A.

Julian Kytasty is one of the world’s premier players of the bandura (Ukrainian lute-harp), and the instrument’s leading North American exponent. A singer, multi-instrumentalist and third-generation bandurist, he has concertized and taught instrumental and choral music throughout the Americas and Europe. Born in Detroit, he has a BFA in Theory and Composition from Concordia University in Montreal. Mr. Kytasty is especially recognized for his expertise in epic songs and early bandura repertoire. In 1989-1990 Kytasty was one of the first North American-born bandurists to tour Ukraine, performing over one hundred concerts. He has often returned to tour in Ukraine and in the summer of 2014 he traveled to sites associated with Taras Shevchenko’s life and poetry at the invitation of the Ministry of Culture of Ukraine’s Shevchenko Bicentennial Project. He played both formal concerts and on-site performances which were filmed for an upcoming documentary Slidamy Shevchenka (In Shevchenko’s Footsteps)

With her feisty delivery and immediate lyrics, Danae Blanco provides a counterpoint to typically male boy and timba musics of Cuba and it has been attributed with getting salsa romantica in to the twenty-first hundred years. Although she released her debut single recording, Pido, in 2003, Danae continues to be singing for near 2 decades. In her youngsters, Blanco participated in regional organizations and choirs within the central Cuban province of Sancti Spiritus. Relocating to the administrative centre Havana in 1985 to review music in the Ignacio Cervantes College, Danae became a member of the Alfredo Rodriguez Group. In 1993, Blanco became vocalist with 5U4, the long-standing Cuban group celebrated for his or her underground undertake rock ‘n’ move through the 60s and later on dubbed the Beatles from the Americas. Danae documented the recording U-Turn using the group, ahead of recording her personal debut. Pido – the name means ‘I Request You’ – was documented over an interval of 2 yrs alongside the revered Argentinean arranger Diego Rivas and Jaquin Betancourt and presented renowned musicians such as for example Antonio Pérez González, Roberto Riverón Mederos, and Tomas Ramos Ortiz.

Grammy-nominated singer-songwriter Juan-Carlos Formell is in the vanguard of a new generation of musicians from Cuba who are redefining the parameters of Cuban music. A classically trained bassist and virtuoso guitarist gifted with a groundbreaking and powerful writing style, Formell has been hailed as a successor to the iconic singer/songwriters Caetano Veloso, Joao Gilberto, Jackson Browne, and Nick Drake. Internationally recognized as an innovative troubadour, gifted composer, and an inspired multi-instrumentalist, his discography and list of collaborations sets him apart as one of the most accomplished cosmopolitan artists on the scene today. Raised in Cuba in one of the most prominent families in Cuban music, he represents the fourth generation of musicians in the Formell family. His father, bassist Juan Formell, is the founder and leader of the seminal Cuban group Los Van Van, an ensemble that has been instrumental in defining the sound of Cuban music for the past forty years. 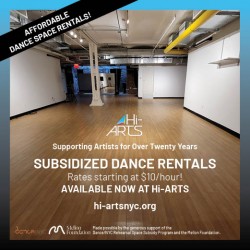