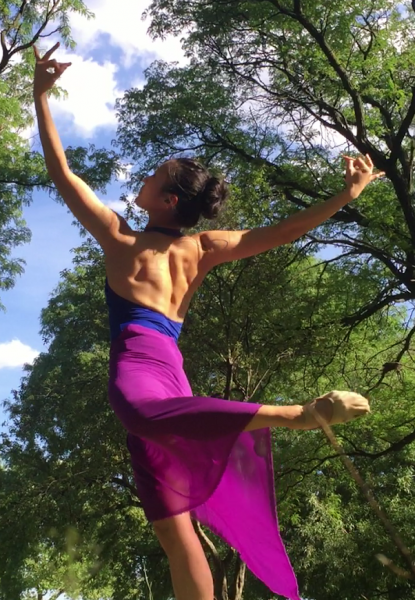 The Bridge will hold classes Monday-Thursday for the remainder of the summer due to the schedules of teachers and participants.

Tuesday - Rio Kikuchi (GyroKinesis) at 11am

Gyrokinesis is slow, fluid, exercise practice based on the natural elements of spinal movement. By gently working the joints and muscles through rhythmic and undulating movements coupled with calming breathing patterns, the exercises stimulates the body's internal organs while corresponding breathing patterns stimulate the nervous system, open up energy pathways, and oxygenate the blood.

In the midst of the COVID-19 crisis, the Nai-Ni Chen Dance Company has established a new dance institute through Zoom, The Bridge.  The Institute's aim is to bring together dancers, choreographers and directors around the world to experience the master teachers of color whose practices are embedded in the community and are focused on advancing the art of dance that transform the personal, environmental and metaphysical spaces.

Andrij Cybyk has devoted his professional career to the study and performance of traditional dance, largely of the Eurasian Region. He holds the title of Artist of Folk Ballet from the Virski School of Academic Ukrainian Folk Dance in Kyiv, Ukraine, and has taught for numerous organizations, including Dance Masters of America. Andrij has toured the world performing the traditional dances of the Eurasian region with companies such as Riverdance, the Duquesne University Tamburitzans, Nai Ni Chen Dance Company, ALLNATIONS Dance Company, Barynya, and Michael Mao Dance, among others. He is the former Artistic Director of the Syzokryli Ukrainian Dance Ensemble of NYC and the current Artistic Director of the Iskra Ukrainian Dance Ensemble and Academy of Whippany, NJ.

Born in Tokyo, Japan at age of 3, Rio Kikuchi began ballet training at Studio Benus in Japan and later she was introduced to Tap and Jazz. She took Summer Intensive at Kirov Academy of Ballet of Washington DC in 2015. She also studied Ballet technic and Point work privately with Luis Villanueva. In 2017, Rio moved to New York and was offered Scholarship to study at The School of Alvin Ailey American Dance Theater. In addition, she received Scholarship at Alonzo King Lines Ballet Summer Program in 2019. She has performed with Alvin Ailey Dance Theater at New York City Center in 2018. A member of the Nai-Ni Chen Dance Company, Rio is also a certified Gyrokinesis instructor.

Bringing the dynamic freedom of American modern dance together with the elegant splendor of Asian art, the Nai-Ni Chen Dance Company is one of the most visible Asian American dance companies in the United States. Ms. Chen's unique choreography transports audiences beyond cultural boundaries to the common ground between tradition and innovation, discipline and freedom, and form and spirit.

Since its inception in 1988, the company has earned a broad base of public support and has toured extensively to major performing arts centers throughout more than thirty states. Presented by some of the most prestigious concert halls in the United States, from the Joyce Theater in New York to the Ordway Center in Minnesota and the Cerritos Center in California, the Company has mounted more than twenty national tours and nine tours abroad. Ms. Chen's work has been presented by such acclaimed international festivals as the Silesian International Contemporary Dance Festival and the Konfrontations International Dance Festival, both in Poland, the Chang Mu International Arts Festival in Korea and the Meet in Beijing International Arts Festival. The Company was also honored by a distinctive grant award from both the President's Committee on Arts and Humanities and the Department of State to represent the United States in a seven-city tour arranged by the Tamaulipas International Arts Festival in Mexico. Also, the Nai-Ni Chen Dance Company has the unique honor of having received more than fifteen awards from the National Endowment for the Arts and numerous Citations of Excellence and grants from the New Jersey State Council on the Arts. In addition to its extensive season of touring and performing, the company has developed Arts in Education residency programs in school districts to bring culture and arts into educational settings. It's colorful and engaging in-school assembly program "The Art of Chinese Dance" has been presented in hundreds of schools in NJ, NY, CT and PA, reaching hundreds of thousands of youth. The Company is currently in-residence at New Jersey City University and assisting NJCU in the development of a new BFA in Dance. For additional Company information, visit www.nainichen.org; write to Nai-Ni Chen Dance Company, P.O. Box 1121, Fort Lee, NJ 07024; or call (800) 650-0246. 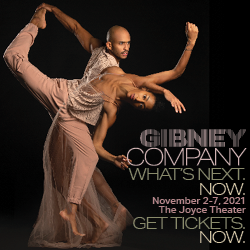