ALEJANDRA DUQUE CIFUENTES is an immigrant, activist, artist, producer, and educator. These multiple proficiencies position her as the Executive Director of Dance/NYC to play an integral part in advancing a more equitable arts and cultural ecology, by working on measures to increase access, justice, equity, and inclusion within dance for disabled artists, immigrant artists, and artists of color in the five boroughs of New York City. She was born in Medellin, Colombia and holds a Bachelor of Arts degree in Drama and Theatre Arts from Columbia University School of General Studies.  Photo credit: Alejandra Duque Cifuentes by Jo Chiang.

LUCY SEXTON is a Brooklyn born choreographer, producer, and administrator who works in the fields of dance, theater, film, and advocacy. She is Executive Director of the cultural advocacy organization New Yorkers for Culture and Arts, and the former Executive Director of the NY Dance and Performance Awards, The Bessies. She works with Anne Iobst creating and performing the dance performance duo DANCENOISE. Born in the East Village club world in 1983, DANCENOISE had a retrospective exhibit and performance at the Whitney Museum in 2015, and premiered a new piece at NY Live Arts in 2018. In theater, Sexton directed the off-Broadway plays Spalding Gray; Stories Left to Tell and Tom Murrin’s The Magical Ridiculous Journey of Alien Comic; served as dramaturge for Heather Litteer’s Lemonade, and Nora Burns’ David’s Friend; and she produced the Charles Atlas documentaries The Legend of Leigh Bowery for the BBC and TURNING with Ahnoni (formerly Antony) and the Johnsons, and was Associate Producer for Madeleine Olnek’s Codependent Lesbian Space Alien Seeks Same. 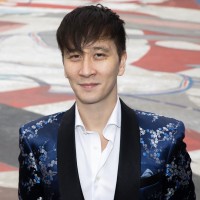 PHIL CHAN is a co-founder of Final Bow for Yellowface, and most recently served as the Director of Programming for IVY, connecting young professionals with leading American museums and performing arts institutions. He is a graduate of Carleton College and an alumnus of the Ailey School. As a writer, he served as the Executive Editor for FLATT Magazine and contributed to Dance Europe Magazine, Dance Magazine, and the Huffington Post. He was the founding General Manager of the Buck Hill Skytop Music Festival, and was the General Manager for Armitage Gone! Dance and Youth America Grand Prix. He served multiple years on the National Endowment for the Arts dance panel and the Jadin Wong Award panel presented by the Asian American Arts Alliance, and is on the advisory committee for the Parsons Dance Company. He also serves on the Leaders of Color steering committee at Americans for the Arts. He is the author of Final Bow for Yellowface: Dancing between Intention and Impact. 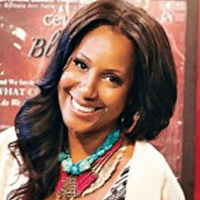 SADE LYTHCOTT: Born and raised in Harlem, Sade Lythcott is the CEO of The National Black Theatre and the daughter of the late Dr. Barbara Ann Teer, legendary champion of African-American arts and culture. Sade currently serves as the Chair of the Coalitions of Theaters of Color, representing the oldest theaters of color in New York State and sits on the national board of advisors for Art in a Changing America. She is a recipient of the Networks Journal’s top 40 under 40 award, the 2015 Rising Star Award from 651 ARTS and the Larry Leon Hamlin Legacy Award from Black Theatre Network. In 2012 Sade wrote and produced the highly acclaimed musical A Time To Love, garnering 3 AUDELCO nominations and the Key to Harlem for her excellence in the Arts. 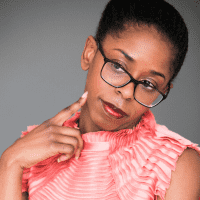 TIFFANY REA-FISHER subscribes to the servant leadership model and uses disruption through inclusion as a way to influence her company’s culture. In the spring of 2018 Tiffany was award a citation from the City of New York for her cultural contributions. Tiffany is in her fifteenth year with the NYC-based internationally acclaimed dance company Elisa Monte Dance (EMD) and is in her fourth season as Artistic Director. As a choreographer Tiffany has had the pleasure of creating numerous pieces for the company as well as being commissioned by Dance Theater of Harlem, Dallas Black Dance Theater, NYC'S Department of Transportation, Utah Repertory Theater, The National Gallery of Art in D.C. and having her work performed for the Duke and Duchess of Luxembourg. Tiffany’s work extends well beyond the stage creating work for the film, fashion, theater, the music industry and museums. As well as being EMD's Artistic Director Tiffany is also the Co-Founder of Inception to Exhibition and the Dance Curator for the Bryant Park Dance Summer Series. In 2018 Tiffany added another directorship to her title becoming the Director for the Lake Placid School of Dance in Lake Placid, New York. Tiffany’s professional affiliations include being the Vice President of the Stonewall Community Development Corporation, Selection Committee Member of the Bessies, an Advisory Board member of Dance/NYC and a proud member of Women of Color of the Arts. Tiffany has recently completed the National Art Strategies: Chief Executive Program as well as the APAP Leadership Fellows Program.

Please fill out our Post-Event Survey.