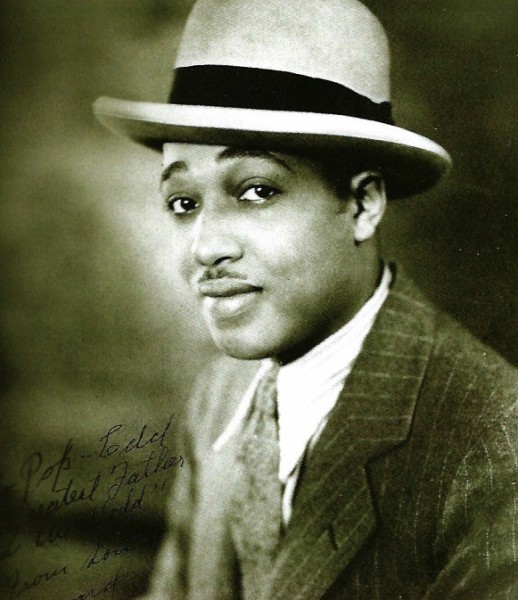 Sacred Sunday, The Gospel According to Ellington - Sunday, September 1, Presented by The Duke Ellington Center for the Arts and The American Tap Dance Foundation

The Sacred Sunday Band and Gospel Choir led by Musical Director Anthony Evans will perform Sacred Sunday, The Gospel According to Ellington in the second of a monthly performance series celebrating the music of the jazz great Duke Ellington on Sunday, September 1 at Birdland Jazz Club, 315 West 44th Street, NYC. Joining them are guest vocalist Jeannine Otis and tap dancer DeWitt Fleming. Doors open at 5pm; performance at 5:30pm.

In the last decade of his life, Duke Ellington wrote three Sacred Concerts:

Ellington called these concerts "the most important thing I have ever done". He said many times that he was not trying to compose a "Mass" (liturgy). These concerts have been characterized as Ellington bringing the Cotton Club revue to the church.

Anthony’s varied career has taken him all over the world as a musical director, performer, writer and teacher. He has performed in Italy, France, Germany, Austria, Holland, Portugal, Sweden, Norway, Greece and 3 times for the Pope at The Vatican.

His career began at 18 when “Fame’s” director, Alan Parker, discovered him. This led to a Grammy nomination for his work on the soundtrack of that film. He has worked with Patti La Belle, The Clark Sisters, Tremaine Hawkins, Melba Moore and Queen Esther Marrow.

He was nominated for a Helen Hayes Award in Washington, D.C. for his work on “INSPIRATION” starring The Harlem Gospel Singers and Queen Esther. Anthony directs four different choirs and is always interested in serving his community. He is honored to be working on Duke Ellington’s Sacred material once again. Anthony is currently the Choir Director of “The Voices of Convent,” at The Convent Avenue Baptist Church.

Duke Ellington called his music "American Music" rather than jazz and liked to describe those who impressed him as "beyond category.” He remains one of the most influential figures in jazz, if not in all American music and is widely considered as one of the twentieth century's most prolific composer and best-known African American personalities.

As both a composer and bandleader, Ellington's reputation has increased since his death, with the continuous thematic repackaging of his signature music, often becoming best sellers. Posthumous recognition of his work includes a special award citation from the Pulitzer Prize Board.

President Richard M. Nixon presented Duke Ellington with the Medal of Freedom in 1969.

He was awarded the French Legion of Honor in 1973.

The United States Post Office issued a Commemorative Stamp with his image on it in 1986.

ABOUT THE AMERICAN TAP DANCE FOUNDATION

From 1986 – 1999 the American Tap Dance Foundation was known as the American Tap Dance Orchestra. It was created, choreographed and directed by master tap dancer Brenda Bufalino and founded by Ms. Bufalino along with Tony Waag, and the late Charles ‘Honi’ Coles in 1986 as a tax exempt 501c3 charitable organization. During that time the Orchestra performed in hundreds of concert, stage, and film projects and thrilled audiences around the world. From 1989 to 1995, the company also operated Woodpeckers Tap Dance Center in New York City, and presented on-going classes, performances and related activities. In 2001 with a new generation of tap dancers and enthusiasts, the Orchestra was renamed under the artistic direction and leadership of Tony Waag.