Ragamala Dance Company's Fires of Varanasi: Dance of the Eternal Pilgrim is presented September 17-18, 2021 at the Hopkins Center for the Arts at Dartmouth, 4 East Wheelock St., Hanover, NH. Tickets start at $25 and are available at hop.dartmouth.edu/events/fires-varanasi. Fires of Varanasi is co-commissioned and developed in part at the Hopkins Center during the company's three-year, multidisciplinary residency at the center, which started in 2018.

Rooted in the expansive South Indian dance form of Bharatanatyam, Ragamala Dance Company manifests a kindred relationship between the ancient and the contemporary. In this evening-length performance, eleven dancers conjure a realm where time is suspended and humans merge with the divine. Award-winning creators Ranee Ramaswamy and Aparna Ramaswamy imagine a metaphorical crossing place that enters into a ritualistic world of immortality, evoking the birth-death-rebirth continuum in Hindu thought to honor immigrant experiences of life and death in the diaspora. Fires of Varanasi evokes the spiritually electric city, described by mother and daughter in conversation with essayist Pico Iyer as a metaphor for the interconnectedness of life and death. The work features an original, recorded score and the lighting designs of French scenic and lightning designer Willy Cessa.

"This beautiful, poignant and exuberant work celebrates Hindu traditions of transcendence," said Mary Lou Aleskie, Howard L. Gilman '44 Director of the Hopkins Center for the Arts. "In many ways our relationship with Ragamala Dance Company which began in 2018 has also been transcendent. During their extended residency over many visits, classes and conversations, the company has been sharing their culture and traditions, enriching our community and informing us through cross-generational storytelling in dance."

While on campus, Ragamala will lead a public dance workshop (September 15 at 5:30 pm) exploring the mythology and symbolism in the dance of Shiva. Part of the Hop's Big Move series, which pairs inventive dance artists with wide-ranging areas of research at Dartmouth, this dance workshop will dovetail with a free virtual conversation between the artistic directors and Sara Swenson of the Dartmouth Religion Department.

"Our relationship and the building of this work continued regardless of the obstacles presented in our world over the past 18 months. The Hop is proud to share this fully realized stage production to our community and grateful to have been able to support its development," Aleskie added.

About the Ragamala Dance Company

Ragamala Dance Company was founded in 1992 by Ranee Ramaswamy, and is under the leadership of

Artistic Directors Ranee Ramaswamy and Aparna Ramaswamy, and Choreographic Associate Ashwini Ramaswamy (mother and daughters). Rooted in the South Indian dance form of Bharatanatyam, the company has been hailed by The New York Times as "soulful, imaginative, and rhythmically contagious."

The company's work—on stage, in the community, and educating the next generation—exemplifies the intercultural narratives of countless global citizens to evoke a shared sense of humanity. Ragamala engages in a collaborative practice rooted in the idea of Bharatanatyam as a sacred and dynamic living tradition. Ranee and Aparna's training under legendary artist Alarmel Valli forms the bedrock of a creative aesthetic that springs from beauty, truth, and spirit. Ragamala is a pioneering, woman-led, intergenerational, family-run organization committed to the idea that while history is time bound, the stories we share are timeless. Ragamala's work in the performing arts field is expansive—going far beyond the stage to manifest a kindred relationship between the ancient and the contemporary, embodying the South Asian immigrant story through their artistry. For more information, visit ragamaladance.org.

About the Hopkins Center for the Arts at Dartmouth

The Hopkins Center for the Arts is the hub of performing arts and film for Dartmouth and northern New England since 1962. "The Hop" brings together visiting and resident artists, student ensembles and academic departments to produce or present work that represents diverse voices, explores varied artistic practices and speaks to vital issues of the day. Situated in the center of campus in Hanover, NH, the Hop welcomes more than 70,000 people annually to 40 live performances, 80 talks and workshops, and 150 films. For more information, visit hop.dartmouth.edu. 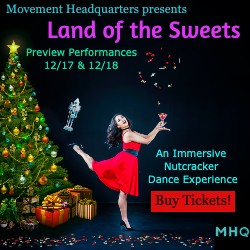