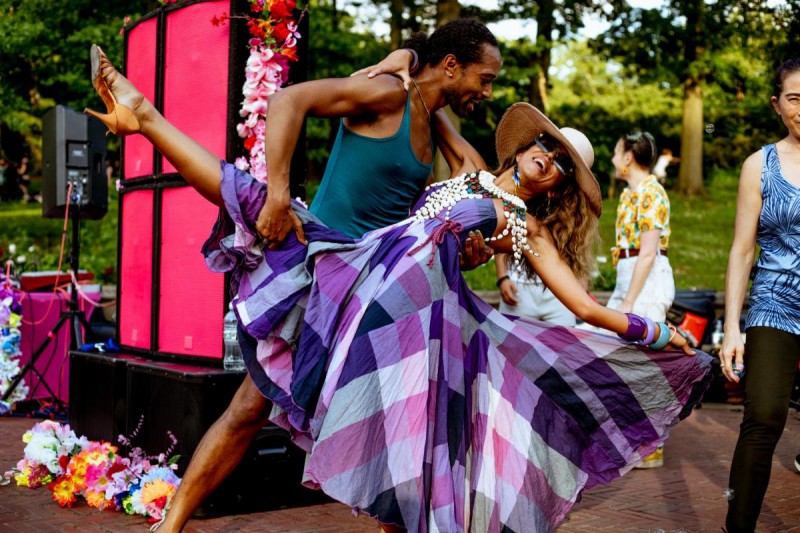 Works & Process at the Guggenheim announces a Labor Day Celebration, Do The Hustle, an In-Process Social Dance Commission with dancing for all in the Rotunda with DJ Nelson 'Paradise' Roman. Tickets available now at www.worksandprocess.org.

with Dancing in the Rotunda with DJ Nelson "Paradise" Roman

This is an invitation to dance! Born in 1970s disco New York City and named after its fast-paced stepping, hustle is a social dance that emerged from pre-existing Latin and African American dances. The style of dance brought together queer and straight communities through touch and rhythm, embodied as non-gendered lead-follow.​It also features joint celebratory outbursts of energy. While doing the Hustle, dancers hold hands and embark on an ever-present, expansive, twirling journey across the dance floor to the sound of disco. Suggested dress code for audience members: Disco era, reinvented.

Commissioned by Works & Process, and supported by a consortium of partners including Jacob's Pillow, The Meany Center, and residency partners Chautauqua Institution and The Church, Sag Harbor, Do The Hustle is an intersectional project that embodies inclusion, cultural and historical preservation, creativity, and innovation. This program shares the knowledge, beauty, and power of hustle, celebrating it as a part of the American cultural legacy that continues to capture the interest of people across the globe and generations.

In conjunction with the Guggenheim's Member Mondays, this performance in the theater will be followed by a communal dance in the rotunda for all.

WORKS & PROCESS AT THE GUGGENHEIM

"But praise and gratitude also must go to Works & Process and Jacob's Pillow. These organizations have not only been providing lifelines to artists during the pandemic, they have also been directing attention and resources to dance communities often neglected by the institutions of concert dance."

“Hustle's expansive vision of the dance floor reflects the moment of its birth, in the early '70s. Civil rights, gay rights and women's rights were opening up American culture, even as the Vietnam War was ripping it in two. People were looking for an escape and also feeling newly empowered to express themselves. At the New York City clubs where hustle developed, they found space for that expression” 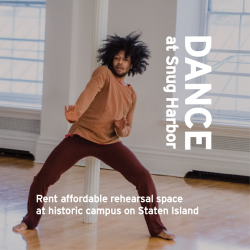