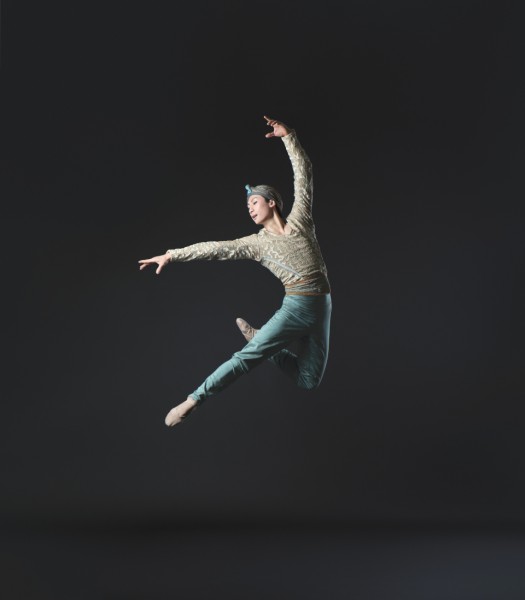 Set in the grand temples of mystical India and featuring the doomed temple dancer Nikiya, her rival Gamzatti, and the warrior Solor, La Bayadère has been an epic tale of love and godly revenge since 1877. Prior to its world premiere, Pennsylvania Ballet Artistic Director and former American Ballet Theatre principal dancer Angel Corella discusses his brand-new restaging of the classic ballet with an eye to changing cultural mores. Company dancers perform selections from the program.

$10 TodayTix Lottery and student rush tickets one hour before performance, based on availability (student tickets for those under 30 with valid ID)
Priority ticket access and preferred seat selection starts Dec 10 for $500+ Friends of Works & Process and Guggenheim members at the Associate level and above.

Lead funding for Works & Process is provided by the Ford Foundation,Florence Gould Foundation, the Christian Humann Foundation, Mertz Gilmore Foundation, Stavros Niarchos Foundation, Rockefeller Brothers Fund, and Evelyn Sharp Foundation, with public funds from the New York City Department of Cultural Affairs in partnership with the City Council and the National Endowment for the Arts.

Regarded as one of the finest dancers of his generation, Angel Corella was appointed Artistic Director of Pennsylvania Ballet beginning with the 2014-2015 Season. Corella's talent, technique, and passion have brought him wide acclaim around the world.

Born in Madrid, Spain, Corella joined American Ballet Theatre in 1995 and was quickly promoted to principal dancer. In his 17-year career with ABT, he established himself as one of the greatest male dancers of his time. Corella excelled in a wide range of repertory and has danced such iconic roles as Prince Siegfried in Swan Lake, Romeo in Romeo and Juliet, and The Nutcracker Prince in The Nutcracker. The New York Times described him as "a dancer capable of turning a performance into a sensation". He has also appeared as a guest artist with the Royal Ballet in London, the Kirov Ballet in Russia, and New York City Ballet.

During his last four years with ABT, he founded and developed his own ballet company in Spain, the Barcelona Ballet (formerly the Corella Ballet) which he directed until 2014.  The Barcelona Ballet quickly received worldwide acclaim for its innovative, visceral contemporary works.

Works & Process at the Guggenheim
Described by The New York Times as "an exceptional opportunity to understand something of the creative process," for 35 years, New Yorkers have been able to see, hear, and meet the most acclaimed artists in the world, in an intimate setting unlike any other. Works & Process, the performing arts series at the Guggenheim, has championed new works and offered audiences unprecedented access to generations of leading creators and performers. Most performances take place in the Guggenheim's intimate Frank Lloyd Wright-designed 273-seat Peter B. Lewis Theater. In 2017, Works & Process established a new residency and commissioning program, inviting artists to create new works, made in and for the iconic Guggenheim rotunda. worksandprocess.org.