Dance/NYC works in alliance with Dance/USA, the national service organization for professional dance.

Yesterday, tax writers in the House Ways and Means released H.R.1, tax reform legislation that aims to simplify the tax code. As expected from previous drafts, there are several provisions in the bill that would impact the charitable sector.

The House Ways and Means Committee will begin reviewing the bill on Monday, November 6 and the bill is expected to go to the House floor the week of November 13. Congress aims to finalize tax reform before the end of the calendar year.

Dance/USA continues to work with the charitable sector as part of the Charitable Giving Coalition, as a member of Independent Sector, in addition to our work alongside national arts partners.

This is the first of many steps in this process and it’s important to communicate with your lawmakers every step of the way.

ACT NOW and reach out to your congressional representatives.

Thank you for your ongoing advocacy.

Learn more about the issues that impact dance. 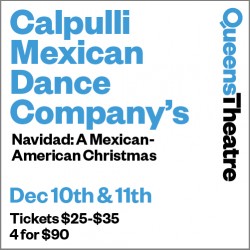