The Symposium Programming Committee exists to advise and assist Dance/NYC in the identification and programming of sessions offered at Dance/NYC’s yearly Symposium—and, by extension, further the dance field in NYC. Membership is comprised of Dance/NYC’s established Advisory Committee, Dance/NYC Task Forces, one member of Dance/NYC’s Junior Committee, Justice, Equity & Inclusion Partners, and additional candidates they identify. Ideal members will have experience in creating, performing, and/or presenting dance in the metropolitan New York City area, share our commitment to revealing, removing, and preventing inequities in professional dance, and represent the demographic makeup of the local population.

To learn more about these leaders and advocates, read their biographies below. 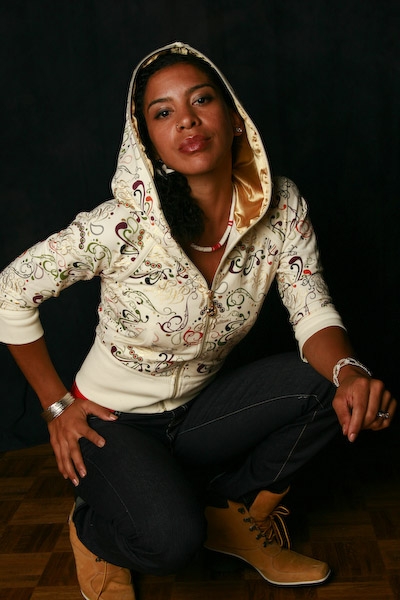 ANA "ROKAFELLA" GARCIA is an NYC native who has represented Hip-hop dance professionally over the past two decades. She co-founded Full Circle Prod Inc- NYC's only non-profit Break Dance Theater company with her husband veteran Bboy Kwikstep. Rokafella has acted in theater pieces, performed poetry, directed a documentary highlighting the Bgirl lifestyle entitled "All The Ladies Say" and performs her original music based on growing up in Hip-hop's Mecca. She is hired internationally to judge Breakdance competitions based on her mastery of the classic Hip-hop dance style and she teaches unique workshops aimed at evolving and preserving its technical aspects. Presently she is an artist in residence at the American Tap Dance Foundation, an adjunct professor at The New School. She has been featured in pivotal Rap music videos, tours, film, and commercials as well as choreographed for diverse festival concerts such as the Oregon Shakespeare Festival. Rokafella is a multi-faceted Hip-hop artist who references street and Latino culture as her foundation. 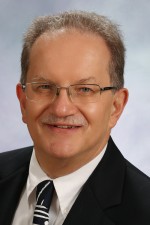 JEFF ROSENSTOCK is currently Assistant Vice President for External and Governmental Relations at Queens College, part of the City University of New York (CUNY). He also acts as the Executive Director of the Kupferberg Center for the Arts, an umbrella organization for the college’s cultural entities. From Kupferberg Center, Jeff oversees the CUNY Dance Initiative (CDI) – a residency program that provides rehearsal and performance spaces to NYC-based dance companies and choreographers. Prior to coming to Queens College, Jeff served for 22 years as the Founding/Executive Director of Queens Theatre in the Park. Jeff also served as Producing Director of Theatre by the Sea, a renowned regional theatre in Portsmouth, New Hampshire, and as General Manager of the legendary summer stock, Theatre by the Sea in Rhode Island. Jeff has served as a panelist for the New York State Council on the Arts, the NYC Department of Cultural Affairs and as a Board member of the Alliance of Resident Theatres (Art/NY), the Queens Chamber of Commerce and the Astoria Performing Arts Center. He currently is a board member of the Louis Armstrong Educational Foundation as well as the Louis Armstrong House Museum, and Houses on the Moon Theatre Company. Jeff is grateful to his wife Miledy Barahona and his three children, Nayarid, Yael and Arielle for their love and support. 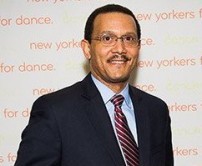 JUAN JOSÉ ESCALANTE joined the José Limón Dance Foundation in 2013 as Development Director and came to the organization with an impressive nonprofit management background from New York City Ballet, where he worked as an associate director of finance and Miami City Ballet as the development manager and human resources director, and Ballet Florida, where he served as Executive Director from 2001 to 2004. He also led the Orlando Ballet from 2009 to 2011 as their Executive Director. Mr. Escalante holds a Bachelor’s Degree in Business Administration and a Masters Degree in Global Management. He has chaired the national committee for small and medium companies for DanceUSA, and the Cultural Executive’s Committee for the Palm Beach County Cultural Council. Mr. Escalante was appointed Executive Director of the José Limón Dance Foundation on January 1st, 2014 and currently serves on the Advisory Board of Dance NYC. 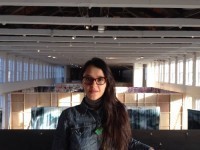 JULIA DEL PALACIO was born and raised in Mexico City. She studied a BA in history, at the same time that she trained as a folk dancer of music from the state of Veracruz. Julia moved to New York City in 2005 to pursue a Master’s Degree and then a Doctorate in history from Columbia University. Her interest in dance and her specialization in the artistic practices, cultural policies, and musical traditions of Mexico, led her to seek work in arts administration after she graduated from Columbia in 2015. Julia now works for Kupferberg Center for the Arts (KCA) in Queens College-City University of New York, as Manager of Strategic Partnerships. She reports directly to the Executive Director and is involved in programming, fundraising, and community outreach. As part of her portfolio, Julia provides logistical and administrative support to the CUNY Dance Initiative – a residency program that offers subsidized rehearsal and performance spaces on CUNY campuses to NYC-based dance companies. Julia is also the co-founder and director of the traditional music and dance project Radio Jarocho, a collective that promotes and preserves the son jarocho tradition from Veracruz, Mexico, on the US east coast. Julia lives in Ridgewood, Queens, with her husband and baby girl. 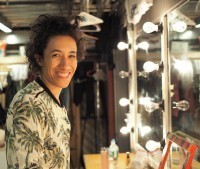 DR. LAYLA ZAMI is an academic and artist working with words, music, performance, and video. Born in Paris, France in 1985, Layla gains inspiration from a rich Jewish-Russian-German and Afro-Caribbean-Indian heritage. Her work orbits around matters of dance/performance; cultural memory/trauma; race/gender; diaspora/migration; and space-time. Layla recently obtained a Ph.D. in Transdisciplinary Gender Studies from Humboldt-University, Berlin, where she also received the Faculty's First Prize for Teaching Quality. She holds an M.A. from the Sciences Po Paris School of International Affairs and was a Visiting Research Scholar at Columbia University (IRWGS) and UCSD (Department of Theatre & Dance). Her projects received awards and grants from institutions such as the MLA, German Ministry of Education, French Ministry of Youth. Layla works with dancer Oxana Chi as a musician (saxophone, kalimba, sounds), poet, actress. She performed in theaters, universities, and festivals in the USA, France, Germany, India, Martinique, Turkey, Indonesia and Taiwan. With Oxana Chi, she co-realized the documentary Dancing Through Gardens, and co-curated events such as Black Herstory Night (Dixon Place) and Moving Memory International Symposium-Festival (Technical University Berlin). An NYFA Performing Arts Boot Camp Alumna, Layla is now Assistant Producer at IHRAF and serves as a member of the Dance/NYC Immigrant Artist Task Force. www.laylazami.net

LEAH KRAUSS joined the Mertz Gilmore Foundation in 2009 and is currently the senior program officer for Dance and Special Projects. The Dance Program provides operating support for contemporary dance presenters located throughout the five boroughs and makes discrete investments to advance the dance field by improving conditions for individual artists. In addition, Leah is currently co-chair of NY Grantmakers in the Arts and an advisory board member for Dance/NYC. Prior to Mertz Gilmore, Leah was senior program officer at the New York Community Trust, where for 12 years her areas of responsibility included arts and culture, arts-in-education, and historic preservation. Additional experience in the arts includes five years at the Arts and Business Council where she recruited, trained and placed business executives as pro-bono management consultants with nonprofit arts organizations. Leah graduated Phi Beta Kappa with a B.A. in art history from the University of Pennsylvania and a J.D. from University of Pennsylvania Law School. For three years, she practiced bankruptcy law and also served with Volunteer Lawyers for the Arts in Philadelphia. 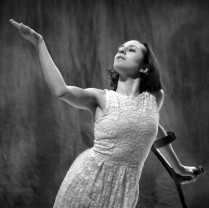 MICHELE MANTIONE is a disabled dancer from New York City, who is currently dancing with marked dance project & ZCO/Dance Company. She is an artist/activist who has worked in the fields of dance, theatre, film and arts administration. As an arts administrator and advocate, she has worked with Queer Commons, DISLABELED Film Series & Alliance for Inclusion in the Arts. Her roots in modern/contemporary dance studies have culminated in obtaining a B.S. in Physically Integrated Dance from the CUNY Baccalaureate Program and is currently an M.A. Candidate in Dance Education at Hunter College. Some past performance credits include Infinity Dance Theatre, Heidi Latsky Dance, Steve Paxton, and Susan Marshall.

NIYA NICHOLSON, a Harlem, NY native, is dedicated to intersectional racial and social justice work within the arts field and beyond. As a budding arts leader and creative entrepreneur, her work centers equitable long-range strategic planning and arts advocacy as it pertains to underserved cultural communities and non-profit sustainability. Her fervor for the arts is informed by former dance education and training at LaGuardia High School of the Performing Arts and her B.A. from Vassar College with concentrations in Psychology, Africana Studies, and Educational Studies, coupled with educational, legal, and performance research in Chicago, Cuba, and South Africa. Niya serves Gibney Dance – Development Manager, MOVE(NYC) – Chief of Staff, and the 2017-18 Dance/NYC Junior Committee – Co-Chair. Additionally, she supports individual artists and emerging companies with development and programming services. While in the gestational phase of developing transcontinental arts and education centers, Niya looks forward to continued arts advocacy, communal building, and connections to ancestry and space. 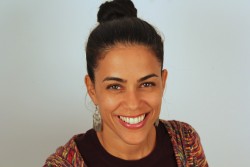 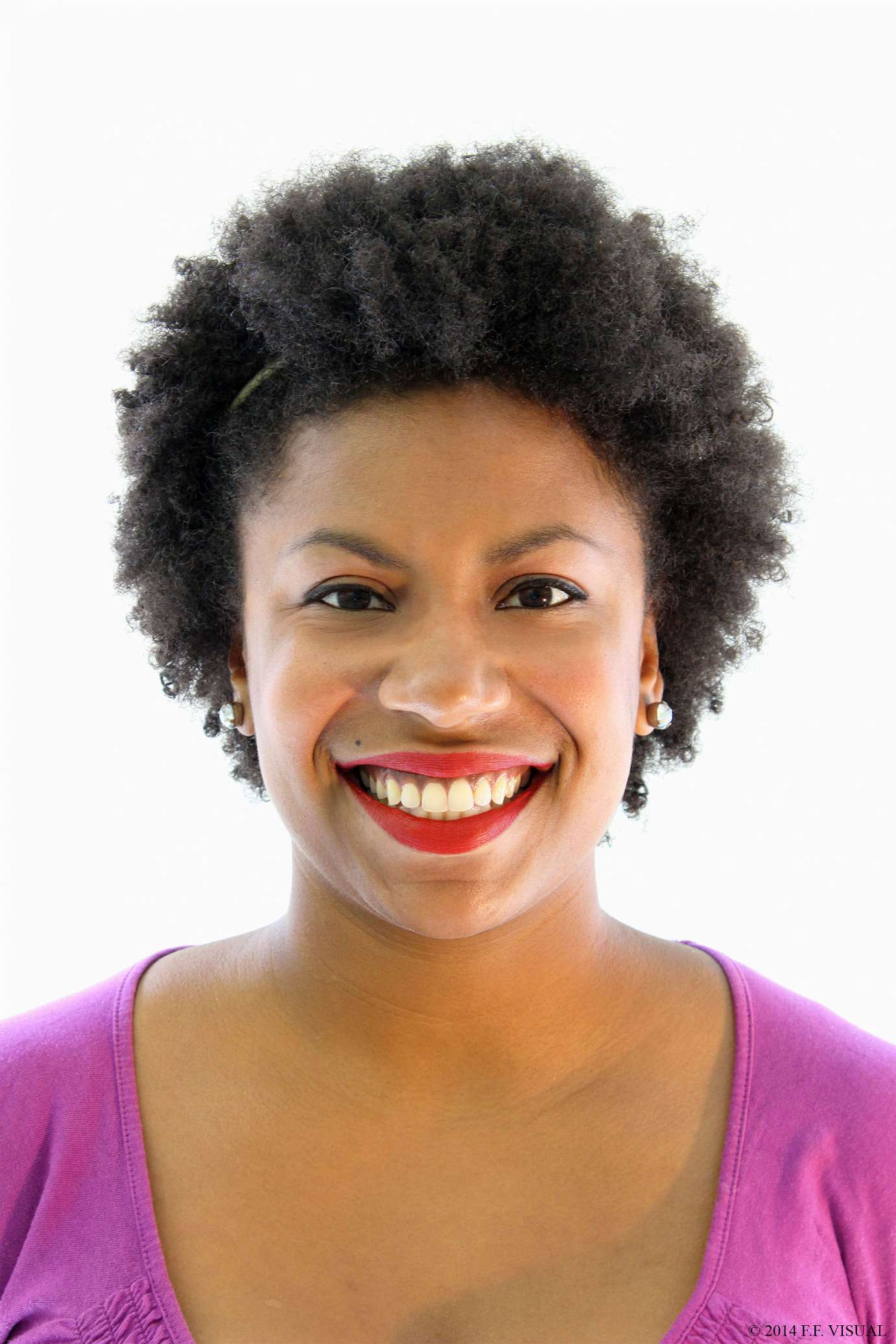 SYDNIE L. MOSLEY is an artist-activist and educator who produces experiential dance works with her all-women company SLMDances. Through her choreographic work, the company works in communities to organize for gender and racial justice. Her evening-length dances The Window Sex Project and BodyBusiness address sexual harassment in public spaces and the economics of NYC dance, respectively. In February 2017, Sydnie was recognized by NYC Mayor Bill de Blasio and First Lady Chirlane McCray for using her talents in dance to fuel social change. Other recognitions include: LMCC Creative Engagement Grant, The Field Leadership Fund, CUNY Dance Initiative, Dancing While Black Artist Fellowship, and The Performance Project @ University Settlement, Create Change Fellowship with The Laundromat Project, the Gibney Dance Institute for Community Action Training, and the inaugural Barnard Center for Research on Women Alumnae Fellow. She earned her MFA in Dance Choreography from the University of Iowa and earned her BA in Dance and Africana Studies from Barnard College at Columbia University. Sydnie is a part of the 2017 Bessie Award-winning cast of the skeleton architecture, the future of our worlds, curated by Eva Yaa Asantewaa. Sydnie danced with Christal Brown's INSPIRIT (2010-2013) and continues to appear as a guest artist for Brooklyn Ballet. An advocate for the field, Sydnie sits on the Advisory Committee to Dance/NYC. 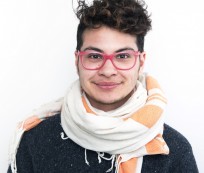 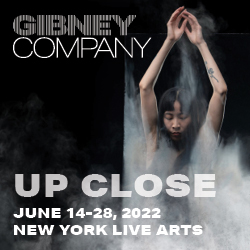