About Arts Educators Leading the Charge: Join Dance/NYC in a discussion with arts educators as they highlight their vital relationships with student populations and advocate for their continued role in education and the arts ecology. This conversation will be moderated by Executive Director, Alejandra Duque Cifuentes. 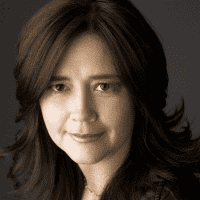 ANA NERY FRAGOSO, M.F.A., is the New York City Department of Education Director of Dance. She grew up in the Canary Islands, Spain, where she performed and choreographed extensively. She studied at the Alvin Nikolais Dance Lab (NYC) for two years, graduated from Hunter College with a B.A. in Dance and Education and earned a M.F.A. in Choreography from Sarah Lawrence College. She has been the recipient of two grants from the Ministry of Culture in Spain and a J. Javits Fellowship award. For twelve years, Ana Nery taught at P.S. 315, a Performing Arts Elementary School in Brooklyn, where she created a dance curriculum supported by the Laban Movement Analysis framework that emphasized improvisation, technique and dance making. She was the dance specialist at the East Village Community School in Manhattan as well where she created a brand new dance program. Mrs. Fragoso was a member of the New York City Department of Education Dance Blueprint Writing Committee and since 2004, she worked as a NYCDOE dance facilitator co-designing professional development workshops for New York City Department of Education dance specialists. She worked as a dance coach for the Artful Learning Community Grant (ALC) doing action research to develop strategies for collaborative inquiry around formative assessment practices and student learning in dance for six years and was part of the Arts Achieve team, a four-year project that developed innovative dance assessment tools and strategies. In 2017 she was a member of the NYS Dance Learning Standards writing team. Mrs. Fragoso was a faculty member of the Dance Education Laboratory (DEL) at the 92nd St Y from 2007 to 2014 and is currently an Arnhold Fellowship Recipient at Teachers College Ed. D. in Dance Education. 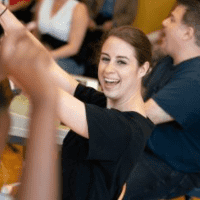 KIMBERLY OLSEN is the Managing Director of the NYC Arts in Education Roundtable, a service organization working to improve and advance the state of arts education across the five boroughs. As a leader of the organization, Kim works with a large network of NYC-based arts educators and cultural organizations to provide professional development, share resources, create community-led learning spaces, and advocate for arts education in schools and communities. Through NYCAIER, she also produces the annual Face to Face Conference, the largest, most comprehensive arts in education conference in New York State. Kim has had a prolific career as a teaching artist working with students Pre-K to adult in over 50+ schools across the tri-state area with a focus on working in District 75 with students with disabilities. She currently teaches with ArtsConnection and has worked previously with New York City Center, Queens Theatre, and McCarter Theatre Center. She holds a Bachelor’s degree in Childhood & Special Education from the State University of New York Geneseo and a Masters of Science in Educational Theatre from the City College of New York. www.kimberlyolsen.net 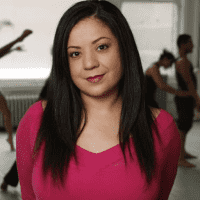 MICHELLE MANZANALES: Originally from Houston, TX, Michelle Manzanales is a choreographer and dance educator of nearly 30 years. Before being named Ballet Hispánico’s School of Dance Director in December of 2016, Michelle was in the midst of her seventh season as the company’s Rehearsal Director & Artistic Associate. She currently serves on the NASD Committee on Ethics, has served as a juror for the Nebraska Arts Council, Individual Artist Fellowships, and was honored to be part of a round table planning dialogue supporting Carnegie Hall’s major education project ‘All Together: A Global Ode to Joy.’ Ms. Manzanales was most recently commissioned by the Paul Taylor Dance Company, to premiere a new work in June 2020 (postponed due to the pandemic). Her piece, If by Chance... which was created and performed for the Jerome Robbins Dance Division at the New York Public Library for the Performing Arts 75th anniversary Gala in December 2019, “unspooled dreamily atop and between the tables” (-Courtney Escoyne, Dance Magazine). Michelle created Con Brazos Abiertos for Ballet Hispánico which premiered in the company’s 2017 spring season at the Joyce Theater. This “savvy but deeply sincere meditation on her Mexican-American background” (-Marina Harss, New York Times) has since toured worldwide to critical acclaim including its inclusion in New York City Center’s 2018 Fall for Dance Festival. Manzanales has served on the faculties of Ballet Hispánico, Lou Conte Dance Studio, University of Houston, Rice University, Houston Metropolitan Dance Center, and has been a guest artist for the Puerto Rican Classical Dance Competition, Regional Dance America, Festival de Danza Cordoba-Youth American Grand Prix, along with numerous other dance studios, schools, and college dance programs nationwide and internationally. 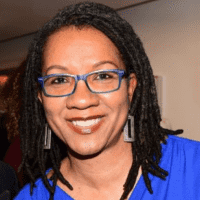 TRACI LESTER is Executive Director of National Dance Institute (NDI) an arts education organization founded by New York City Ballet principal dancer Jacques d’Amboise in the belief that the arts have a unique power to engage all children and motivate them toward excellence. Prior to NDI, Ms. Lester served as the Chief Executive Officer of LSA Family Health Service (LSA), an East Harlem-based human services agency. Before joining LSA, she was the Executive Director of Reach Out and Read of Greater New York, an early literacy, school readiness program, where she served for over a decade making waves in the field of early childhood development. Most recently, Ms. Lester was recognized by the Manhattan Borough President as a Cultural Leader in New York City (2018). She is the recipient of the American Association of University Women’s Selected Professions Fellowship (1998), the National Association of Health Service Executive’s Community Service Award (2004), and was named to TheGrio’s 100 List as an African-American history maker and industry leader in the field of education (2012). She is also currently a board member of the New York City Arts and Education Roundtable and the Black Agency Executives, along with a member of the Greater New York Association of Fundraising Professionals and the American Society for Public Administrators Pi Alpha Alpha Honor Society. She earned a Bachelor’s Degree from Georgetown University’s School of Foreign Service, a Master of Business Administration from Rutgers University, a Master of Public Administration from California State University and holds a Certificate in Nonprofit Management from Columbia University’s Institute for Nonprofit Management. Photo credit: Eduardo Patino.nyc

Event Resources will be posted here post-event. Thank you!