About: Dance/NYC  a discussion with studio owners, instructors and choreographers about issues of dancer retention, safety and viability in digital instruction and safety considerations around re-opening. 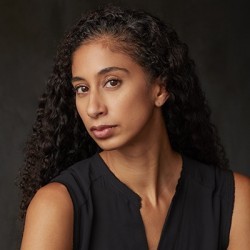 ALICIA GRAF MACK enjoyed a distinguished career as a leading dancer of Alvin Ailey American Dance Theater. She has also been a principal dancer with Dance Theatre of Harlem and Complexions Contemporary Ballet, and she has danced as a guest performer with Alonzo King’s LINES Ballet, Beyoncé, John Legend, Andre 3000, and Alicia Keys. Graf Mack graduated magna cum laude with honors in history from Columbia University and holds an MA in nonprofit management from Washington University in St. Louis. In 2007, Smithsonian magazine named her an American Innovator of the Arts and Sciences. She is a recipient of the Columbia University Medal of Excellence, an award given each year to an alumnus who has demonstrated excellence in their field of work. In 2008, she delivered the keynote address to the graduates of Columbia University’s School of General Studies. As a dance educator, Graf Mack most recently taught as an adjunct faculty member at the University of Houston and was a visiting assistant professor at Webster University. She is a co-founder of D(n)A Arts Collective, an initiative created to enrich the lives of young dancers through master classes and intensives. She began her inaugural season as director of the Juilliard Dance Division in the fall of 2018. 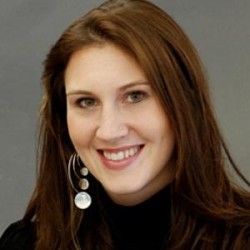 ALLIE BEACH is a native of Jackson, Mississippi and has been a proud part of the Broadway Dance Center family for over 15 years as the Director of Youth Programming. She was a competitive dancer since the age of 6 and still enjoys taking classes regularly. Allie received her Bachelor's degree in Communication from Marymount Manhattan College and her Master's degree in Media, Culture and Communication from New York University.
She is experienced in mentoring and guiding youth who are navigating their path in dance as well as creating and implementing youth programming for ages 6 months - 18 years. She is the director of BDC's Youth Companies (Arts in Motion and Rhythm Arts Project), the Summer/Winter Intensive, and the Junior Training Program. Additionally, she the creator and producer of the annual AIM Invitational. Allie is also an honored member of the vestry for St. Peter's Episcopal Church in Chelsea. 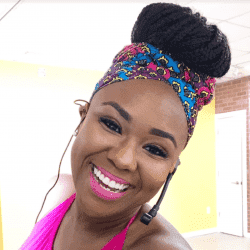 KARISMA JAY: True to her name, Brooklyn-native, Karisma Jay is an honors graduate of LaGuardia High School (Dance) and New York University’s Gallatin School (Performing Arts and Pre-Medicine). She is a City College Mathematics Education Master’s certificate Student. Teaching dance since the tender age of 11, she has honed her skills of working with children and adults to develop the confidence and charisma of even the shyest, youngest and/or oldest of students. She has performed/toured with prestigious dance companies such as Brooklyn Ballet, Deeply Rooted, Maimouna Keita, Creative Outlet, Asase Yaa, and Ronald K. Brown’s Evidence. Professionally, Karisma has been featured in programs aired on Netflix, BET, MTV, NBC, and VH1. In 2013, Karisma joined STOMP. In 2016, Family Circle magazine coined her a “Local Hero” and Lifetime TV featured her as a Female Entrepreneur to Watch. Most recently, she won the “Power Women in Business” award for her work as the Artistic Director and Founder of AbunDance Academy of the Arts. Annually, she writes, directs, produces and co-stars in musicals that AbunDance Academy presents. She is currently pursuing her MFA in Dance at Hunter while also teaching Dance at Hunter as an Undergraduate Faculty Member. With a mission to lead by example, she helps everyone who crosses paths with her to flourish AbunDantly. 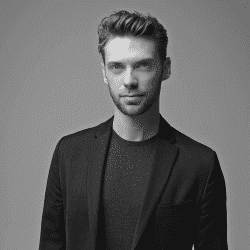 MICHAEL NOVAK became only the second Artistic Director in the history of the Paul Taylor Dance Foundation in September 2018, upon the death of Founding Artistic Director Paul Taylor the previous month. Mr. Novak was a member of the Paul Taylor Dance Company from 2010-2019. Raised in Rolling Meadows, IL, Mr. Novak began studying dance at age ten. At 12 he developed a severe speech impediment that required intensive therapy. Dance became a liberating and vital force for self-expression. “I wanted nothing more than to achieve in dancing that sense of effortlessness and grace that were so difficult for me to find while speaking aloud,” he said. “With dancing, there were no limits to what I could express.” In 2001, Mr. Novak was offered a Presidential Scholarship to attend The University of the Arts in Philadelphia to pursue training in jazz and ballet. The following year, he undertook an apprenticeship at the Pennsylvania Academy of Ballet Society, where he remained until 2004. Mr. Novak was admitted to Columbia University’s School of General Studies where he was awarded scholarships for academic excellence. He became a member of the Columbia Ballet Collaborative, the University’s critically acclaimed resident company, and was named Artistic Associate responsible for advising on the curation of resident choreographers and directing the group’s branding and promotion. At Columbia, Mr. Novak became immersed in the study of dance history, which ignited his passionate devotion to modern dance. He developed a keen interest in the work of François Delsarte, the 19th Century French movement theorist who codified the system linking emotion and gesture that would inspire the first generation of American modern dancers. A highlight of his studies at Columbia was performing Mr. Taylor’s solo in Aureole, which led him to embrace the Taylor repertoire. In 2008, Mr. Novak graduated magna cum laude from Columbia, and was elected to Phi Beta Kappa. In a 2009 program celebrating Diaghilev at Columbia’s Miller Theatre, Mr. Novak embodied Vaslav Nijinsky’s role in L’Après-midi d’un faune with an authenticity that brought him to the attention of dance critics and scholars. He has since performed works by Bill T. Jones and Stephen Petronio and danced with Gibney Dance and the Daniel Gwirtzman Dance Company. He has also studied at Springboard Danse Montreal under Alexandra Wells and Coleman Lemieux & Compagnie. Mr. Novak’s Paul Taylor Dance Company debut in the 2010-11 season earned him a nomination for the Clive Barnes Foundation Dance Award. Since joining the Company, he has danced 56 roles in 50 Taylor dances, 13 of which were made on him. He has also had roles created on him by the five Taylor Company Commission choreographers to date. In announcing Mr. Novak’s appointment as Artistic Director Designate in March 2018, Mr. Taylor said, “Michael has mastered our repertory and steeped himself in dance history. He understands the need to nurture the past, present and future of modern dance. I look forward to working with him and preparing him to assume artistic leadership of my Company.”