About: Dance/NYC led a discussion with large scale presenters and representatives as they thought about the future of dance and performing arts presentation in the metropolitan area. 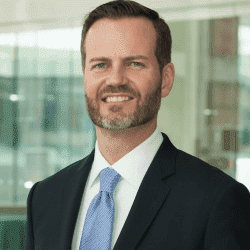 FRED DIXON: With over 23 years of experience in the travel industry, Fred Dixon has the overall responsibility for developing and implementing New York City’s tourism marketing and convention development strategy internationally as well as in domestic leisure and business markets. At NYC & Company he has built a professional sales and marketing team that is at the core of the organization’s strategy to increase visitation and increase economic impact across the City.
Joining NYC & Company in 2005, Fred has led the aggressive and successful expansion of the City’s international marketing efforts. With a strategic focus on growing visitation and visitor spending, NYC & Company focused on emerging global markets rapidly expanding the City’s presence from six traditionally strong origin markets to 18 offices covering 25 countries in just over two years. With a network of sales, marketing and press professionals in diverse feeder markets from Australia to the UK, China to Mexico and India to Brazil, New York City remains at the forefront of inbound international tourism to the US. 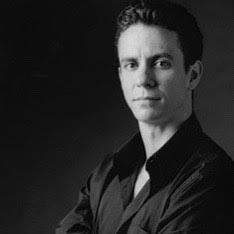 GRIFF BRAUN is the Director of Organizing and Outreach at the American Guild of Musical Artists (AGMA), the labor union of dancers, singers, and stage staff in dance, opera, and concert choral performance across the United States. He has extensive experience is collective bargaining and contract enforcement as well as internal and external union organizing. Prior to his work with AGMA, Mr. Braun danced professionally with American Ballet Theatre, the Royal Swedish Ballet, the Lar Lubovitch Dance Company, Complexions, and others. He holds a dual B.A. in American History and Dance from SUNY Empire State College and a Graduate Certificate in Labor Relations from the CUNY School of Professional Studies. Mr. Braun is also a ballet teacher and member of the faculty at Steps, NYC. 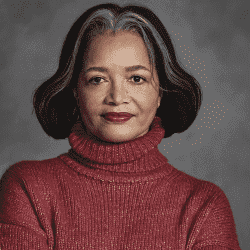 JONELLE PROCOPE joined the Apollo Board of Trustees in 1999 and in 2003 became its President and Chief Executive Officer. During her tenure as President, she has led a team of 50 full-time employees and an executive team responsible for all operating and strategic functions of the legendary Theater. During this period, she led the successful Apollo Rising Capital Campaign to restore the legendary theater, focused on the development of the Apollo Theater Board of Directors, and attracted and engaged a first-rate executive team and staff insuring the long-term stability of the organization. She has overseen the Apollo’s transformation into a vibrant not-for-profit performing arts organization by increasing its base of support, expanding its education and community programs and creating large-scale artistic initiatives. Prior to assuming her role as President and CEO of the Apollo, Ms. Procope held a variety of senior positions within the fields of entertainment law and media-related corporate affairs and management. She began her legal career as a corporate associate attorney at the law firm of Skadden Arps Slate Meagher & Flom. 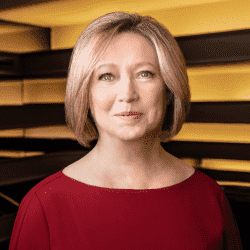 LINDA SHELTON is the executive director and a trustee of The Joyce Theater Foundation. Before her tenure at The Joyce began in 1993, she served as general manager of The Joffrey Ballet, held various management positions at The Twyla Tharp Dance Foundation, and managed tours for the Bolshoi Ballet, Moscow Virtuosi, Sankai Juku, and composer Phillip Glass. Shelton initiated her work in the dance field as an intern at the NY State Council on the Arts. At New York University, she earned a B.A. in Dance and completed work towards an M.A. in Arts Administration. She taught at Marymount Manhattan College and currently teaches in NYU’s Arts Administration graduate program. Shelton has served on panels for the National Endowment for the Arts, the New England Foundation for the Arts’ National Dance Project, Massachusetts Cultural Council, American Masters: Dance, the Toyota Choreography Award in Tokyo, and twice served on the jury for the Benois de le danse in Moscow. She currently sits on the boards of Dance/NYC and Dance/USA, the latter of which she served as chair from 2000-2002 and a trustee from 1996-2006. She became a Tony Awards nominator in 2013. Under her leadership, The Joyce Theater received the Lower Manhattan Cultural Council’s Liberty Award (2011) and most recently the William Dawson Award for Programmatic Excellence and sustained achievement in programming (2019). Ms. Shelton was the recipient of The Documents of Dance Award given by The Dance Library of Israel in 2004. France’s Order of Arts and Letters appointed her a Chevalier (1999) and an Officer (2017) for her contribution to furthering the arts. Dance/USA presented Shelton with an “Ernie” Award (2015) for her work behind the scenes. In 2017, she was among Dance Magazine’s most influential people in dance today. Most recently, Shelton received Dance Magazine Chairman's Award Honoree (2019).