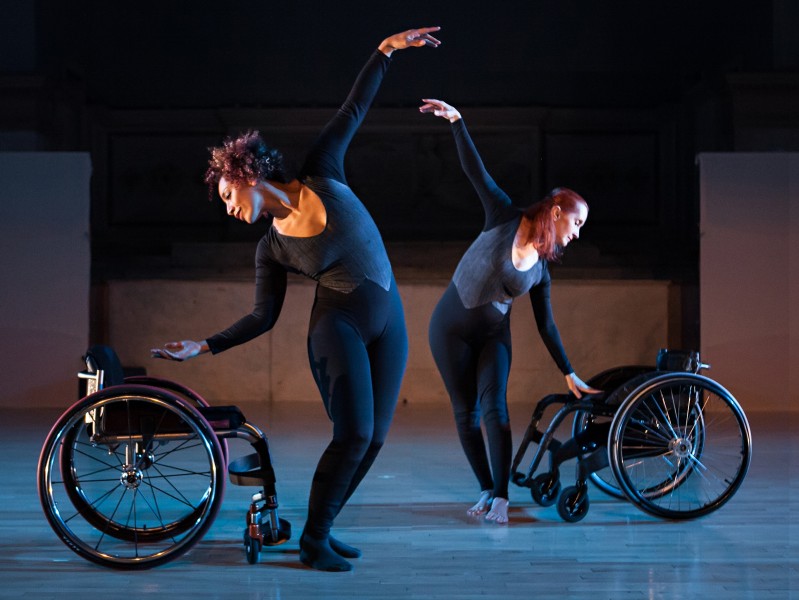 Infinity Dance Theater is committed to expanding the boundaries of dance by featuring dancers with and without disabilities and changing perceptions of what a dancer can be.

Infinity Dance Theater was founded in 1995 by Artistic Director Kitty Lunn, who began her study of ballet in New Orleans at an early age. This led to a scholarship to Washington Ballet. While preparing for her first Broadway show, she slipped on ice, fell down a flight of stairs, and broke her back. Now a paraplegic using a wheelchair, Ms. Lunn works diligently on behalf of performing artists with disabilities.

Kitty Lunn’s internationally acclaimed transposition of ballet technique for dancers with disabilities has been documented in the form of a training video. A national teacher training program featuring Infinity’s transposition of ballet and modern dance techniques continues to be in high demand. Kitty Lunn leads Infinity’s free weekly dance classes for dance students with disabilities at Gibney, in addition to providing private lessons.

Students have an opportunity to assist in the creation of choreography that encompasses what they have learned in class. These dances are then presented to friends and family at quarterly showings, giving the students opportunities to perform in front of an audience. Promising students receive opportunities to apprentice with the company.