Making Dances/Doing The Thing: An Ode to the Full-Time Job 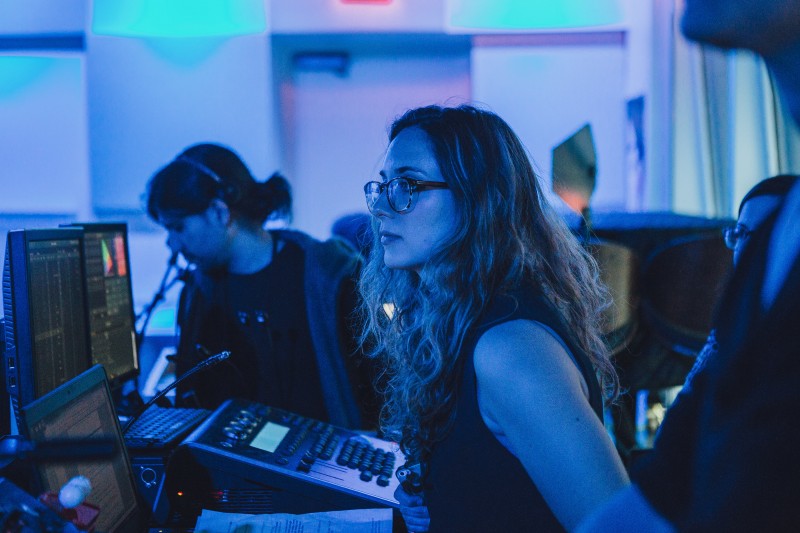 The title of this post seems to be the ongoing debate among dance professionals in my community. How does one do the thing, make the dances, but also pay rent at the end of the month?

My name is Alexandra (Allie) Pinel and I fit into the “emerging choreographer” category. I am 27 and have been making dances ever since I moved to New York, six years ago.

I first moved to the city with one of those infamous summer internships in the marketing department of one of the most commercially successful dance companies. I paired this with savings, Craigslist French translation gigs, and stage hand and box office gigs around the city to make ends meet. At the end of the summer, I was offered a full-time position as the dance company’s group sales coordinator and after ploughing through two seasons, I had a life assessment conversation with my boss after a season launch party. I explained that I didn’t see my future in sales. An incredible mentor at the time and ever since, my boss, Ashley, giggled, put her hand on my shoulder, and reassured me that I was young and encouraged me to seek diverse experiences at the end of this season’s contract.

I left at the end of the season with no plan B and a rent bill to pay at the end of the month. Depressed and lost after leaving a job at what seemed to be the best dance company in the world, I started applying for three jobs a day and found ways to dance in the afternoons since I now had the time.

A clinic for dancers called me during my second week of job hunting and invited me for an interview as a “medical office associate” working at the reception desk. I showed up and had a great conversation with my future boss, reassured by the holistic approach to dance involved with working at that clinic. No more asking for money, no more sales quotas. I just showed up, checked people in, did my shift and then could use the rest of my day to do dance-related things.

After one year in the job, I was settled very comfortably, checking people in, but felt an itch for something more. My job didn’t require me to challenge myself much and a part of me felt like I was cheating myself, scaling back and outgrowing any learning curve.

I had tried to get coffee with a choreographer I worked for in college for about a year; I had seen in the New York Times that she had received a Bessie award. I wanted to meet with her to catch up, and get some advice from her, find out how she did it. Instead, she invited me to a Facebook event that was a search for a new assistant. I showed up for the interview to just catch up with her and left with a flexible job that was one of the most important stepping stones for me. What started as a side gig after my full-time job lead me to go on tour, perform for her while also managing her company, and learn from observing her direction. Not only did I realize my passion for her work and the importance of supporting mid-career choreographers, but I also realized the importance of observing and learning from someone with experience.

The itch for more touring and more involvement led me to go part-time at my clinic job, which thankfully let me keep my health insurance, but proved, once summer came around, to be difficult. Even with two more clients on my roster, when everyone’s shows were done, I was screwed with just a part-time job and no extra income. I thought I would be making more dance with my extra time but I was taking naps or waking up later. I wasn’t as productive because I was the only one to hold myself accountable. And I had continuous anxiety around how long I could keep holding it all together.

My parents saw right through my fear and encouraged me to go back to full-time. I decided to apply for jobs in the nonprofit sector that were, for the first time, not related to performance. I felt a need to separate my day-job and dance worlds, but to stay in industries that I felt connected to - I considered public radio and food, and ended up in public radio. I was just eager to learn, especially after my previous stint at an easy job with extra time to dance didn’t prove to be a sustainable solution.

For the past two years, I have been working full-time again in position that requires my full focus and leadership. This has been the best move for my dance career, my personal relationships, and my well-being. Through this position, I have been able to make more non-dance friends, which are fundamental to making meaningful work that extends its reach beyond our bubble, to hone production and development skills that I can give back to mid-career choreographers and the community, to stick to a schedule and be more productive, and to expose myself to more and be consistently inspired. This job has enabled me to take breaks from dance and get care when I need it and mostly gives me the chance to sit back, observe my elders in the dance world, and take the time to learn from them.