The following represents those service organizations and government entities that provide the most up-to-date and useful resources at the intersection of immigration and dance in the metropolitan New York City area as identified by Dance/NYC and its Immigrants. Dance. Arts. Task Force. It is not comprehensive, and Dance/NYC welcomes information about additional resources. Please email immigrantartists@dance.nyc with suggestions.

Center for Traditional Music and Dance
The Center for Traditional Music and Dance assists New York City's immigrant communities to preserve the vitality of their distinctive performing arts traditions and promotes cross-cultural understanding by sharing the art forms with audiences across the city. Nationally renowned for programs that combine research, documentation, presentation, and education, CTMD assists immigrant communities in passing traditions to new generations.

Dance Caribbean COLLECTIVE
The Dance Caribbean COLLECTIVE is an organization dedicated to facilitating Caribbean dance works, performances, and cultural experiences in the Caribbean diaspora, with a focus on Brooklyn, New York. Through its programming and content, the collective cultivates audiences' appreciation for both contemporary and traditional dance, it reflects cultural experiences and traditions onstage, it offers students opportunities to reconnect to their cultural roots, and it provides spaces to address the issues facing its communities.

Desis Rising Up and Moving (Moving Art)
Desis Rising Up and Moving (DRUM) was founded in 2000 to build the power of South Asian low-wage immigrant workers, youth, and families in New York City to win economic and educational justice and civil and immigrant rights. Moving Art is DRUM's first program to support the leadership of working-class Indo-Caribbean and South Asian cultural workers. Moving Art members make art collectively that is grounded in their communities' experiences and dreams of liberation.

Espejo Organization for the Arts
The Espejo Organization for the Arts (EOarts) is an immigrant-led organization dedicated to supporting the growth and diversity of the arts in the United States. Its mission is to create an international and multicultural community of artists that will open new possibilities and perspectives for culture worldwide. Using various networks and programs, EOarts aims to improve the artistic sphere from a personal and professional level.

Immigrant Arts Coalition
The Immigrant Arts Coalition (IAC) formed to recognize the important and ongoing contributions of artists and arts organizations identifying with cultures from all sources and abroad. Member artists and organizations that serve diaspora communities and the wider public in New York share advocacy, audience development, and other resources, and collaborate with ongoing and continuous shared programming. Dance/NYC is a founding member of IAC.

Immigrant Movement International
Immigrant Movement International is a community space in the heavily immigrant neighborhood of Corona, Queens. Founded as a partnership between artist Tania Bruguera and the Queens Museum, the project offers comprehensive educational programming, health, and legal services at no cost. On any given week, more than a dozen free workshops are hosted at the project's storefront on Roosevelt Avenue, including dance. The space has also served as a hub for cultural organizing initiatives surrounding the social and political representation of immigrants at local, national, and global levels.

Indo-American Arts Council
The Indo-American Arts Council (IAAC) is a nonprofit organization supporting all the artistic disciplines in classical, fusion, folk, and innovative forms influenced by the arts of India. It works cooperatively with colleagues around the United States to broaden its collective audiences and to create a network for shared information, resources, and funding. Its focus is to help artists and art organizations in North America facilitate artists from India to exhibit, perform, and produce their work here.

Lotus Music & Dance
Lotus Music & Dance is a performance space, sanctuary, and center of education for traditional and indigenous performing art forms. Its mission is to keep alive and accessible the music and dance traditions of all world cultures. Lotus Music & Dance remains the only institution of its kind in New York City, a city which master artists from India, Korea, Burma, China, the South Pacific, Middle East, the Mohawk Nation, West Africa, and Spain collectively call home.

New York Foundation for the Arts (Immigrant Artist Program)
The New York Foundation for the Arts' Immigrant Artist Program (IAP) is building and serving a community of artists with diverse backgrounds who share the experience of immigration. The IAP consists of three components. The Immigrant Artist Mentoring Program pairs emerging foreign-born artists with artists who have received a NYSCA/NYFA Artist Fellowship and/or past participants of the program. The free Con Edison IAP Newsletter lists upcoming opportunities and events of particular interest to immigrant artists, as well as profiles of individual artists or arts/immigrant services organizations. The IAP Resource Directory serves as a starting point, introducing immigrant artists to some of the resources available to them in New York.

IDNYC
New York City residents are now able to sign up for IDNYC, a government-issued identification card that is available to all City residents age 14 and older, regardless of immigration status. IDNYC cardholders can access services and programs offered by the City as well as by business and community partners. IDNYC helps enhance public safety by serving as a recognized ID for interacting with NYPD. It also helps New Yorkers gain access to all City buildings that provide services to the public and is accepted as a form of identification for accessing numerous City programs and services. IDNYC also provides a dynamic series of benefits to cardholders, including a free one-year membership at many of the City's leading museums, zoos, concert halls, and botanical gardens.

Mayor's Office of Immigrant Affairs
The Mayor's Office of Immigrant Affairs (MOIA) supports and leads a range of policies and programs that enhance the economic, civic, and social integration of immigrant New Yorkers. The agency's website offers comprehensive resources addressing a wide range of information and referrals to resources, including immigration legal services, City services and benefits, and other types of assistance. Learn more about MOIA services.

New York State Council of the Arts is the State agency dedicated to preserving and expanding the rich and diverse cultural resources that are and will become the heritage of New York's citizens. Its activities are guided, in part, by a belief that every citizen of New York State can have a meaningful connection to creativity and that every community has a right to cultural self-determination. Its website offers information on its core grantmaking and special projects, as well as resources for the field.

National Endowment for the Arts (NEA) is an independent federal agency that funds, promotes, and strengthens the creative capacity of communities by providing all Americans with diverse opportunities for arts participation. Its website offers program information, news, and research of relevance to immigrant artist and audiences: for example, Considering Cultural Integration in the United States, which was made possible by an NEA research grant.

Translations provided by Asian/American Center of Queens College in Chinese, Korean, and Spanish. 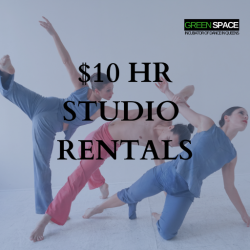